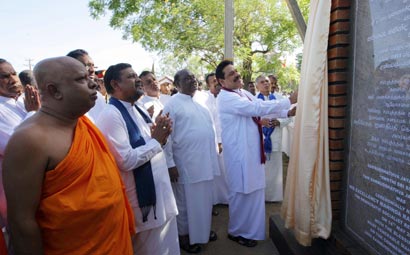 President Mahinda Rajapaksa officially inaugurated the 2600th Sri Sambuddhathwa Jayanthi Year and the Vesak week in Anuradhapura this evening on 14 May 2011. The state ceremony took place on a grand scale in the sacred area premises of the Jaya Sri Maha Bodhi in Anuradhapura. President Mahinda Rajapaksa officially inaugurated the state ceremony. Accordingly, the year starting from the coming Vesak full Moon Poya day to the Vesak Full Moon Day of next year 2012 has been named as the 2600th Sri Sambuddhathwa Jayanthi year. Declaration of the 2011 official Vesak week also took place at this occasion.

The Sri Sambuddhathwa Song composed to mark the event was rendered on this ceremony. It was followed by the issue of four postage stamps to commemorate the Sambuddhathwa Jayanthi. These stamps depict Lumbini, Buddhagaya, Jethavana and Kusinara, four important places of religious worship in Lord Buddha’s life. Officials of the Sri Lanka Postal Department presented four five rupee denomination stamps and first day covers to the President. The President in return offered these stamps to the Maha Sangha. The first copy of the Vesak edition of the “Budusarana” newspaper was also presented to the President. A CD containing songs composed by the Chief Incumbent of the Ruwanweli Seya Vihara Ven. Pallegama Hemarathana Thera to mark the Sambuddhathwa Jayanthi was handed over to the President.

Venerable Maha Sangha chanted seth pirith to invoke blessings on the President, the Government and the Nation. Members of the Maha Sangha of the three Chapters including Mahanayaka, Ministers, parliamentarians, many politicians, officials, 2600 Dhamma school children and large number of devotees were present at this historic occasion. 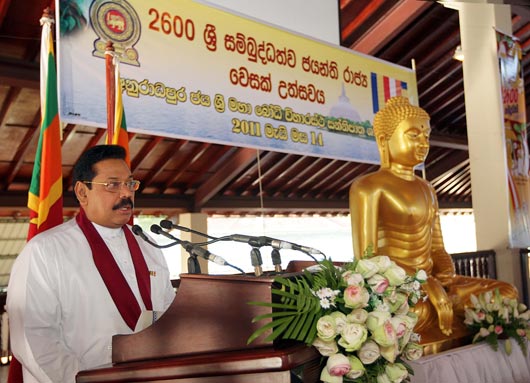 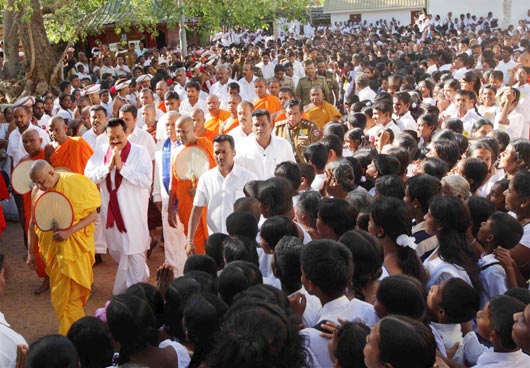