President Rajapaksa pays a surprise visit to the parliament 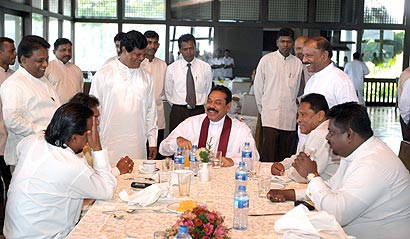 President Mahinda Rajapaksa paid a surprise visit to the parliament which convened to pass the State of Emergency this afternoon on 6th April.

The dissolved parliament met today to extend the State of Emergency by another month. The 6th parliament of Sri Lanka was dissolved on the 09th of February and was reconvened on orders of President Rajapaksa. He has the power in terms of the Constitution to summon a dissolved parliament to meet only for the purpose of approving the proclamation of emergency.

The state of emergency was extended by another month in parliament with 58 voting for and 5 against. Tamil National Alliance (TNA) and the Janatha Vimukthi Peramuna (JVP) voted against it. The UNP members were not present in parliament during the voting.

The second recall of the sixth dispersed parliament was significant as it was the final meeting of the parliamentarians and the ministers of the present government before the General Election which is due on 8th of April. Today’s meeting may be the end of the road on their political journey for many politicians.

Here the President Rajapaksa is having lunch with Parliament members at the Parliament banquet. Minister Dullas Alahapperuma, Dinesh Gunawardena, Piyasiri Wijenayake and Wimal Weerawansa MP are seen in the pictures. 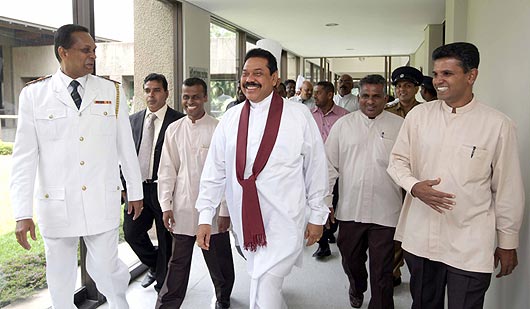 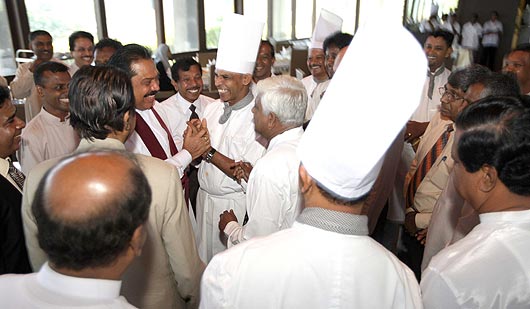 Home » President Rajapaksa pays a surprise visit to the parliament