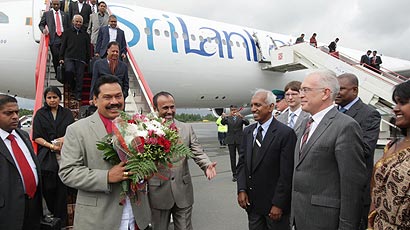 President Mahinda Rajapaksa left for Russia this morning on 16th June to participate in the “15th St. Petersburg international Economic Forum”.  He reached Russia to a very warm welcome, unveiling another new chapter in relations between the two countries. The President was warmly welcomed by the Deputy Governor in St. Petersburg, Mr. Sergei Alexsei Ivanovich at St. Petersburg Pulkovo International Air Port.

The 15th St. Petersburg international Economic Forum which commenced today will continue for three days. This is the first time that Sri Lanka is participating in this conference which comprises leading countries such as Russia, China, Spain and Finland as members. According to the press release Russian President Dmitry Medvedev, Finnish President Tarja Halonen, Spanish Prime Minister Jose Luis Rodriguez Zapatero, Kazakh President Nursultan Nazarbayev, and Hu Jintao, leader of the People’s Republic of China will be some of the leading invited guests. CEOs of top multinational companies from 110 countries will also be attending the three day forum. 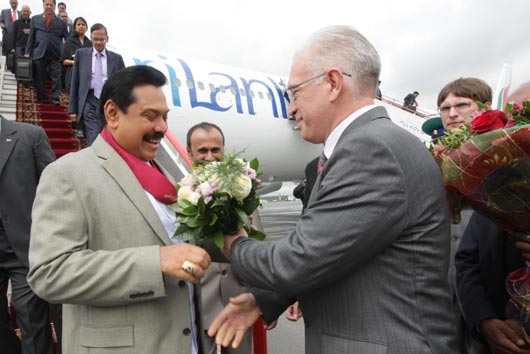