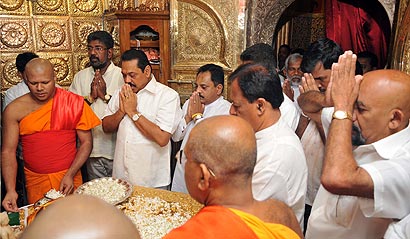 After participating in the traditional morning rituals, the President enjoyed pleasantly with the devotees and foreign tourists who were present outside the Maligawa premises.

All the UPFA Kandy district candidates and Governor of the Central Province Tikiri Kobbekaduwa also participated the religious ceremony.