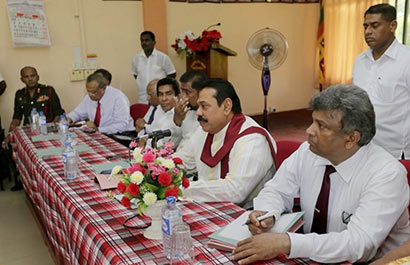 President Mahinda Rajapaksa visited the Aluthgama and Beruwala areas Wednesday evening. During the visit the President said that an impartial investigation into the situation that arose in Aluthgama and Beruwala as well as strict enforcement of law against the perpetrators is compulsory. He emphasized that the perpetrators will be punished irrespective of thei religion or ethnicity.

He emphasized that the perpetrators will be punished, regardless of the religion or ethnicity to which they belong.

The President also had a discussion at the Divisional Secretariat in Beruwala with the religious leaders, public representatives and state officials. After inquiring into the incident he instructed officials to make arrangements for people whose houses had been completely damaged in the violence, with compensation and repairs. He requested Muslims taking shelter in schools and mosques to to return to their homes saying that security will be provided to the villages.

He also called on the general public to act with intelligence during such instances as there are conspiracies to create tensions in the country. 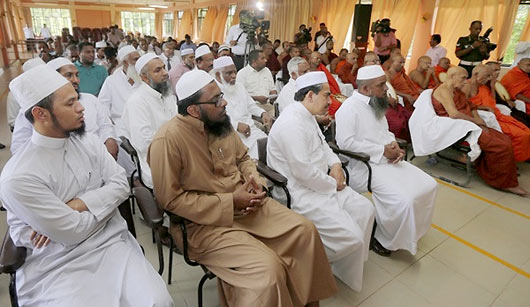 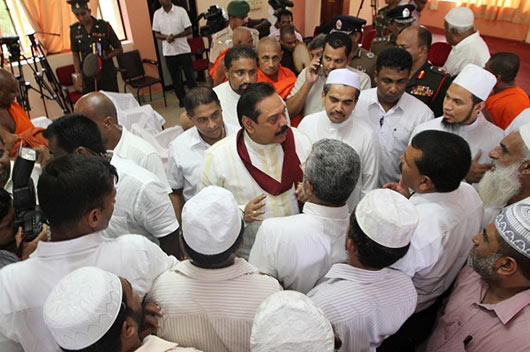 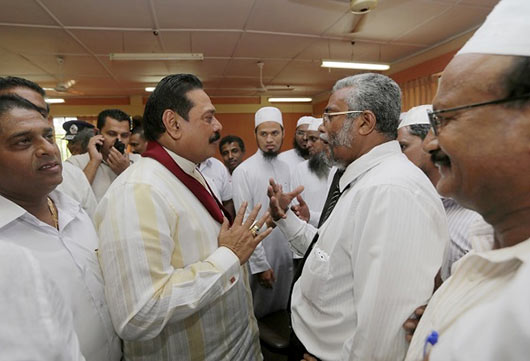