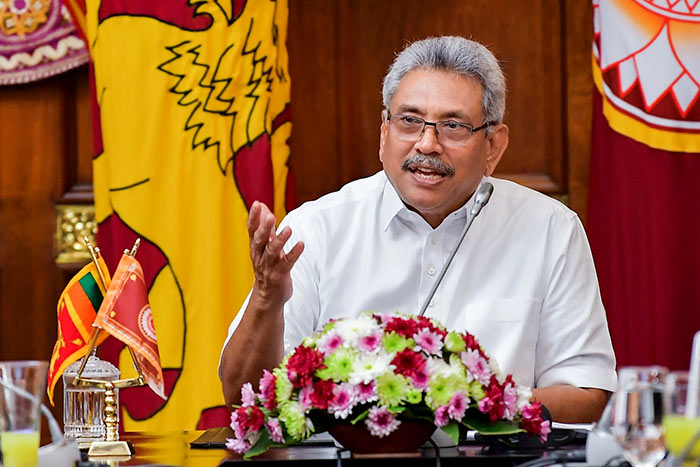 President Gotabaya Rajapaksa has given one year’s time to Lanka Salt Limited running at a loss since 2018 to earn a profit.

The profit earned by the Lanka Salt Limited in 2016 stood at Rs.70 million. In 2017 it declined to Rs. 32 million.The organization made a loss of Rs. 2.8 million and Rs. 10.91 million in 2018 and 2019 respectively. The President emphasized the Chairman and the Board of Directors should investigate causes for loss occurred during these three years and transform the entity into a profit earning one.

The President made these comments during a discussion convened to evaluate the current status of the Lanka Salt Limited at the Presidential Secretariat yesterday (24).

Lanka Salt Limited which was earmarked to be privatised in 1998 was vested under the purview of Employees Trust Fund (ETF) with the intervention of then Minister of Labour Mahinda Rajapaksa.

The organization with 90% ownership of the company’s capital by the ETF and 10 % by the employees transformed itself into a profit making venture.

President Rajapaksa stressed that it is absolutely necessary for every company under the Employees Trust Fund (EPF) to earn profits. He instructed officials to devise separate strategies for the next six months and the following year that would render profits. Complete termination of salt importation is necessary. “Lanka Salt Limited should once again export their products as they did prior to the year 2015,” President emphasized. President went on to note that excuses for losses are irrelevant and he is more interested in strategies that would lead to profit.