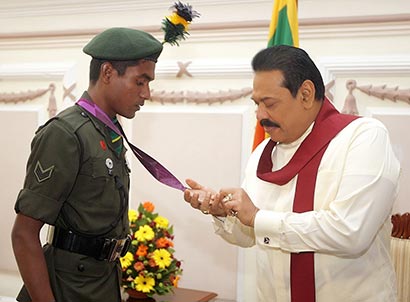 A Lance Corporal of the Sinha Regiment of the Sri Lanka Army, Pradeep succeeded in boosting Sri Lanka’s image by winning the bronze medal in the 400 metres sprint in T-46 in 49.28 seconds for the first time in Sri Lanka’s history.

Sri Lanka’s first ever Paralympics medalist Lance Corporal Sanjaya was promoted to the rank of Staff Sergeant of the Army by the President and gifted Rs. 4.5 million and a block of land in Meerigama area to build up a house at the occasion. The donation was jointly funded by Sri Lanka Army (Rs 3 million) and Sports Ministry (Rs 1.5 million). The Ministry of Housing, Construction, Engineering Services and Common Amenities will undertake construction of a new house with the coordination of the Sports Ministry.

Duncan White bagged the Silver Medal in the 400 metres in 1948 London Olympics. Susanthika Jayasinghe succeeded in winning the Silver Medal in the 200 metres during the Sydney Olympics in the year 2000. After these historic achievements, it was Pradeep Sanjaya, who sacrificed one of his arms on behalf of the country in the Kilinochchi battlefield, succeeded in bringing fame to his motherland at the 2012 London Paralympic Games. He will also receive the due respect and honour of the all sports fans as well the nation for the magnificent contribution he had made to enhance Sri Lanka’s image in the world through the field of sports.

Pictures are seen here the President takes a closer look at Pradeep’s Paralympic Bronze Medal and another precious medal he has won in his married life. 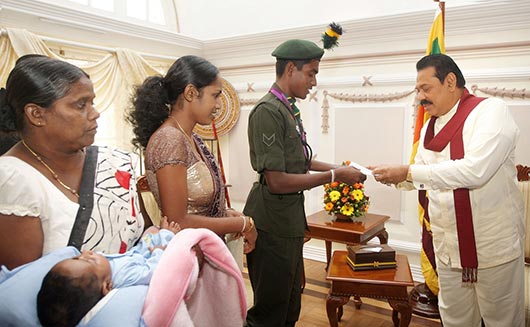 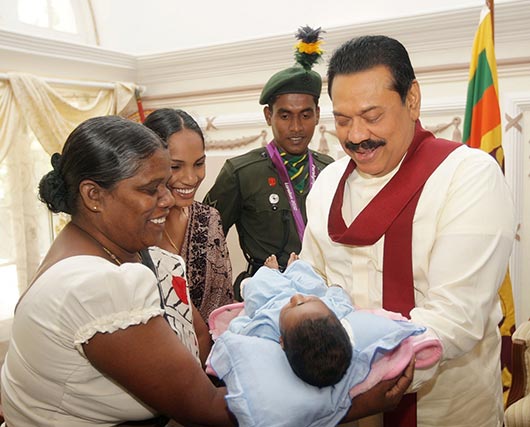 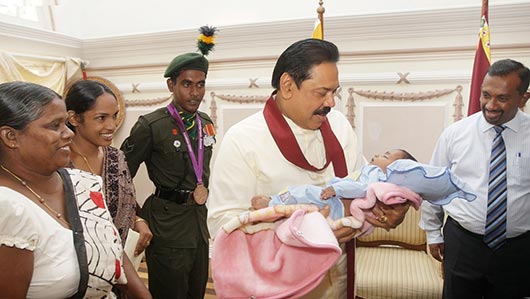 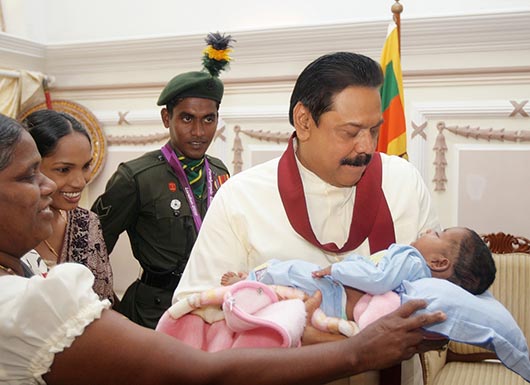