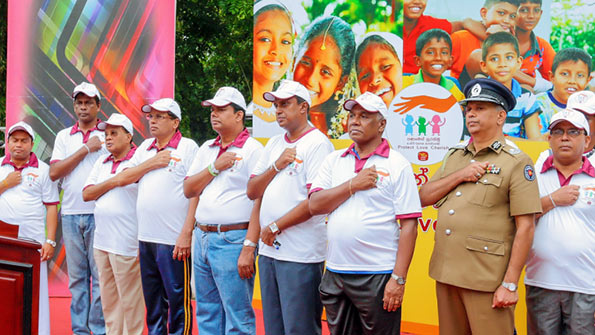 President Maithripala Sirisena says he would appoint a special Presidential Task Force for the protection of children of the nation.

“As a comprehensive social discourse has been raised on the safety and protection of children, the Presidential Task Force will be implemented by engaging it directly.

The President made these remarks at the opening ceremony of newly built three-storied building at Urapola Madya Maha Vidyalaya, Attanagalla yesterday (Oct. 25).

“Working for the safety and protection of children is today an unneglectable national responsibility of all”, he said.

President Sirisena also pointed out when Vidya and Seya was brutally murdered, some media institutions acted in a way to further destroy their lives. “Everybody should have an understanding about how to perform to build a better and moral society in the country amidst these kinds of incidents.