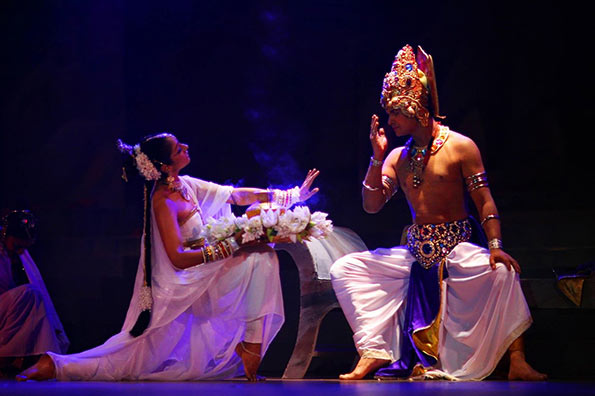 Issuing a press statement Channa Wijewardena and Upuli Panibharatha yesterday rebuffed reports that said that their performing arts foundation had accepted Rs 15 million for their dance presentations at the Hambantota Harbour opening.

The Channa-Upuli Performing Arts Foundation yesterday said they handed over all invoices and cash receipts related to the transactions concerning their staging of events on August 15 of 2010 at the water filling ceremony of the Hambantota Harbour, to the Presidential Commission of Inquiry.

Veteran choreographers Channa Wijewardena and Upuli Panibharatha last Thursday (22) handed over the documents concerned to the Presidential Commission of Inquiry investigating serious Acts of Fraud, Corruption and Abuse of Power, State Resources and Privileges at BMICH.

Categorically denying that they had accepted a sum of Rs 15 million for their show at the ceremony, The two artistes said in their statement they received a sum of over Rs. 6.8 million (Rs.6,888,125) for the work concerned, and that they as a policy do not charge any money for costs involving creating costumes and graphics when a show is a state event.

“We did not present a wardrobe budget or present bills for choreography for the Hambanthota Harbour show because it was a state event,” said Channa Wijewardena.

Channa Wijewardena and Unpuli Panibharatha have also expressed their concern and regret that their hard earned good names and reputation have been unduly rendered to suffer on account of false allusions.

We received Rs 6,888,125 for which 200 dancers were made to perform on stage, 200 costumes were produced together with various stage equipment, two months of training was given to artistes, the services of professional make-up artistes and hair dressers were obtained, sounds were purchased, food and lodgings were given to artistes among other things.