Prices for LNG arriving at New Fortress plant will be cheapest: Gammanpila 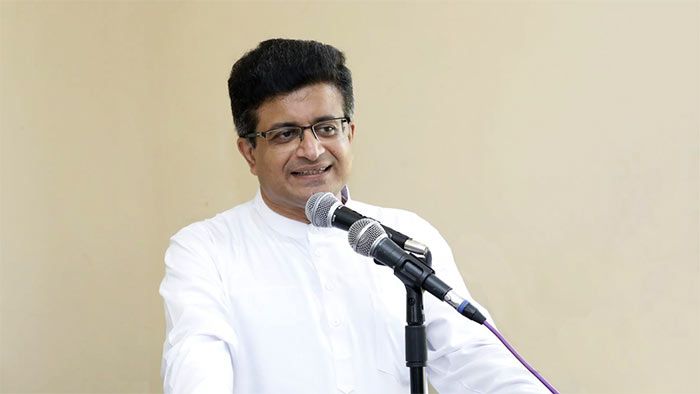 Energy Minister Udaya Gammanpila has said prices for cargo arriving at an upcoming LNG facility by US firm New Fortress Energy Inc. will be the cheapest.

He made this comment in an interview with Bloomberg which reported that Sri Lanka was pushing on with LNG imports even as gas surged.

Gammanpila said he expected gas prices to have declined from record highs when the LNG plant started in 2023.

A Bloomberg report said Sri Lanka was the latest of many Asian nations turning to LNG for the first time or ramping up purchases. Demand on the continent is rising faster than anywhere else, in part due to governments trying to reduce their use of dirtier fossil fuels such as coal and oil.

“Prices for cargo arriving at the Sri Lankan facility will be the cheapest of either Asian LNG or a US gas hub pricing formula,” Gammanpila was quoted as saying by Bloomberg.

New Fortress, which will operate the terminal, would charge an extra 15% for turning the liquid fuel back into gas, he said.

The report said that Asian LNG futures had almost doubled this year to around $ 27.50 per metric million British thermal units, roughly the energy-equivalent of $ 155 per barrel of oil. Prices have soared as shortages of coal and wind power in parts of Asia and Europe boost demand for gas. US gas is far lower, but has still climbed more than 100% since the end of 2020.

“We should not be worried about gas prices,” Gammanpila has said in the Bloomberg interview. “These are the result of a sudden shock.”

Sri Lanka will seek to take in around 35,000 MMBtu a day of gas, which will be sent to several power stations that now run on oil. While it may increase imports over time, it probably won’t build a second import terminal because it wanted to start producing its own gas within four years, said Gammanpila.

The country’s Mannar Basin holds nine trillion cubic feet of potential gas reserves and two of the four wells drilled in the area have struck gas, according to Gammanpila.

By the end of the year, he will invite international companies to develop offshore gas reserves in an area that Indian billionaire Anil Agarwal’s Cairn India Ltd. relinquished in 2015. Energy firms would also be able to request licenses to explore Sri Lanka’s other blocks, Gammanpila said.

The Minister said that a regulator for the upstream oil and gas industry would be established next month.

Home » Prices for LNG arriving at New Fortress plant will be cheapest: Gammanpila