Government has no solution to Cost of Living problem – JVP 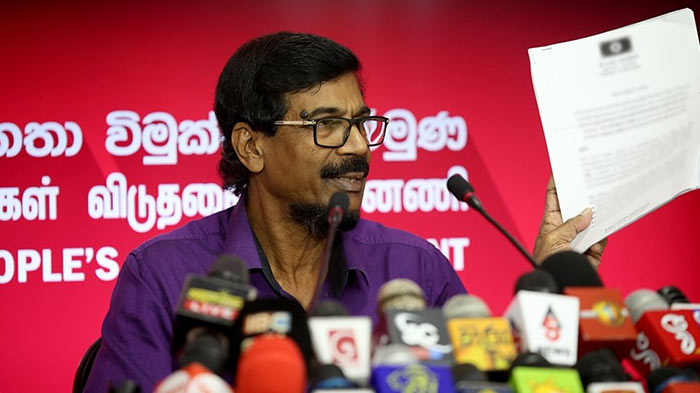 Janatha Vimukthi Peramuna (JVP) General Secretary Tilvin Silva said that a continuous increase in prices of goods and a shortage of goods can be observed, and the Government has no solutions to address these issues.

He said that the Government is not intervening to fulfill the people’s basic needs in the face of the COVID-19 pandemic.

Due to this, there has been a continuous increase in commodity prices and a shortage of goods.

Silva added that leaders have no vision of where to take the country.

He said that the Government has failed to provide the basic needs to people to survive. “A Commissioner of Essential Services has been appointed. But, unfortunately, the Commissioner has not been able to provide the essential items, including LP Gas. The price of rice in the market is increasing. All these are just shown by the media to deceive the people. The real problem is that the Government does not want to reduce commodity prices; No plan; There is no programme,” Silva highlighted.

He also added that at present, even essential commodities have to be borrowed from abroad. “Around US$ 500 million has been requested to import oil from India. When businessmen said that goods could not be imported due to the shortage of dollars, the Prime Minister said that he would intervene and solve them, but we see that the country is in chaos and no solution is presented,” he said.

Furthermore, Silva said that instead of building a productive economy in the country, loans were taken for Commissions, which were vainly wasted. He said that the Government is incapable of paying the debts, and due to this, foreign exchange reserves are declining. Therefore, the Rupee is depreciating. On the other hand, money is being printed. Both of these increase the price of goods.

Silva emphasized that the Government should intervene to provide essential food items without any shortage.

If we are to move towards prosperity, there must be unity. But what the Government is doing is inciting racism to cover up the current economic crisis and Government disunity. Therefore, we urge the people to be aware of the groups that are inciting racism. These are not people who love the country or people.

Home » Government has no solution to Cost of Living problem – JVP