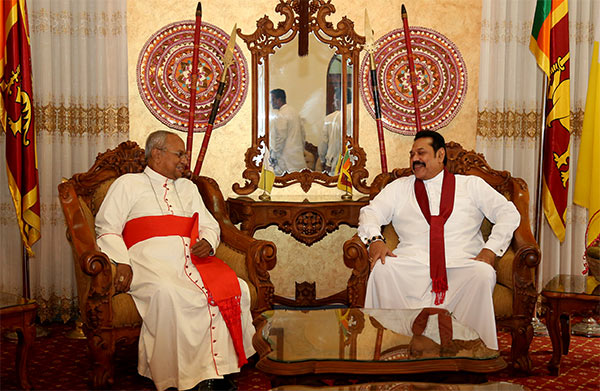 He met the Archbishop at the Catholic Archbishop’s House in Colombo.

This is the first time Mahinda Rajapaksa meeting the Archbishop after being appointed as the Prime Minister.