PROBE INTO CLASH BETWEEN TWO CANDIDATES OF UPFA FROM KELANIYA 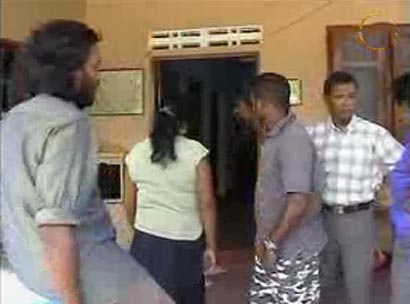 The police has launched an investigation into a clash between two candidates of the United People’s Freedom Alliance who contested at the local government election from Kelaniya.

He noted that the daughter of Nadeeka Sampath had sustained injuries as a result of the shooting that took place at 9.30 this morning.

He added that the child is currently receiving treatment at the Lady Ridgeway hospital.

“Investigations have been launched to apprehend the suspects involved in the incident,” said  Prishantha.

Home » PROBE INTO CLASH BETWEEN TWO CANDIDATES OF UPFA FROM KELANIYA