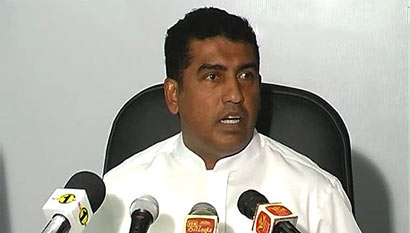 Former Minister Johnston Fernando has submitted his assets declaration to the Bribery Commission, in connection with a complaint lodged against him before the anti-graft panel.

The ex-Minister of Internal Trade and Cooperatives reportedly appeared before the Commission to Investigate Allegations of Bribery or Corruption this morning and submitted the assets declaration.

Meanwhile a complaint has also been lodged against the Minister of Industry and Commerce, Rishad Bathiudeen, at the commission.

1 Response to Probes launched into corruption charges against Johnston, Rishad