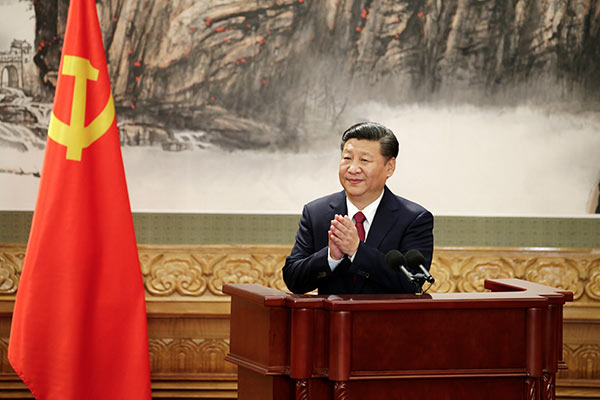 Troops serving at China’s first overseas military base, in the Horn of Africa country of Djibouti, should help promote peace and stability, President Xi Jinping told them in a video chat, encouraging them to promote a good image. China formally opened the base in August on the same day as the People’s Liberation Army marked its 90th birthday. It is China’s first overseas naval base, although Beijing officially describes it as a logistics facility.

Djibouti’s position on the northwestern edge of the Indian Ocean has fuelled worry in India that it would become another of China’s “string of pearls” military alliances and assets ringing India, including Bangladesh, Myanmar and Sri Lanka.

Speaking to China’s Djibouti-based forces during a visit to a joint battle command centre in Beijing, Xi “got a good understanding” of the base’s operations and the lives of the soldiers there, China’s Defence Ministry said late on Friday. Xi “encouraged them to establish a good image for China’s military and promote international and regional peace and stability”, the ministry said. The soldiers responded that they would not let Xi or China down, it said.

China began construction of the base in Djibouti last year. It will be used to resupply navy ships taking part in peacekeeping and humanitarian missions off the coasts of Yemen and Somalia, in particular. Chinese President Xi Jinping is overseeing an ambitious military modernisation programme, including developing capabilities for China’s forces to operate far from home.

During his visit to the command centre, Xi also instructed the armed forces to improve their combat capability and readiness for war, the ministry said. Xi said progress in joint operation command systems, especially in efficiency at the regional level, was needed and troops must conduct training under combat conditions.

Djibouti, which is about the size of Wales, is at the southern entrance to the Red Sea on the route to the Suez Canal. The tiny, barren nation sandwiched between Ethiopia, Eritrea and Somalia also hosts U.S., Japanese and French bases. There has been persistent speculation in diplomatic circles that China would build other such bases, in Pakistan for example, but the government has dismissed this.