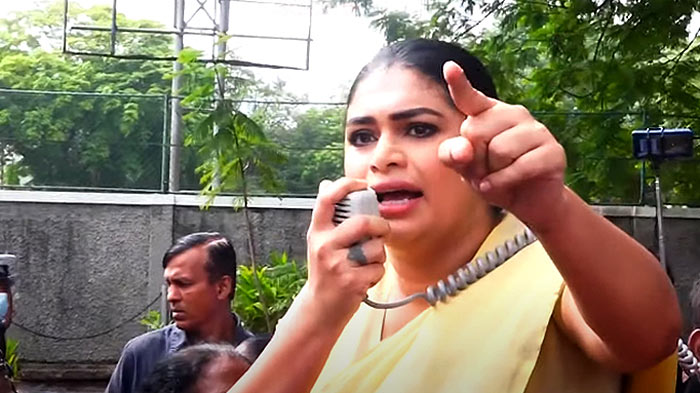 The demonstration later moved towards Thurstan College. Reportedly, special measures have also been taken to beef up the security in the area.

In the meantime, a group of anti-government protesters from the ‘Gota Go Gama’ has staged a protest blocking the Bank of Ceylon Road in Colombo Fort.