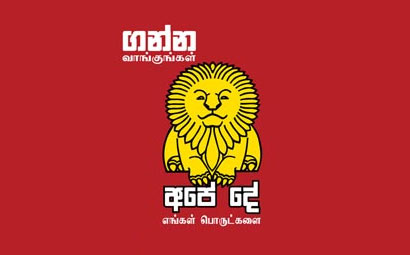 The importance of culture, values, traditions, customs are all integrated into how a country’s identity is identified. It is this identity that gets passed down from generation to generation continued to preserve and protect what is held precious to the natives whose identity becomes a key part of who they are and what their country stands for. No country or countrymen should barter that identity or compromise upon it.

Placing the countries and people of the world into a global village has created a global economy giving windows of opportunity for manufacture, distribution, import and export of both goods and services. Disparities apart clothes stitched by locals are found in some of the world’s top up-market stores proudly displaying ‘made in Sri Lanka’. Of course the price these items are sold for is nowhere near that which the garment worker takes home in terms of salary but nonetheless these have been opportunities for employment.

In the open economy to which we all have become part and parcel, every item we buy has sometimes gone straight from our shores and returned as an imported good and we end up paying a heap of taxes, at other times despite what can easily be sourced locally the options available on counters are often priced in order to unfairly discriminate the local producer.

How many have noticed pricing in supermarkets? Onions – local against imported are often priced so that the local price of onions is often more than the imported, the same applies to potatoes and now to fruits like watermelon and even mangoes. Much as people want to help the local farmers the price factor plays an envious role in deciding the ultimate choice and it is always the importer that wins the day. Though counters that are decorated with imported biscuits with fancy labels to attract the consumers has not thankfully deterred the locals who have remained loyal to the key brands that are keeping the flag flying. They have even secured foreign market opportunities as well. There are many amongst us however who feel it below their status to patronize local products and even rice, butter and milk has to be nothing but foreign as their digestive systems would not hear of buying or eating anything local. There are some ready to ensure local items are always below quality standards using scheming methods too.

It is not just the food with pricing that unfairly hits the local producers even state stalls tasked with promoting local handicrafts and products have priced items to limit purchase only to foreign tourists keeping an entire segment of local society left out of the marketing strategy. There is a limit to what a tourist can buy determined primarily because of the weight factor associated with travel, therefore should these state entities pricing local handicraft items (which they purchase from the local producers for a song) not price these items in a range that would entice even locals to purchase the items and adorn their homes with what can be proud Sri Lankan handicraft items?

As a nation what we have failed to of late nurture is the love for the nation, a feeling that has to come automatically and from the heart. To nurture this feeling the education curriculum plays an integral role and until and unless the authorities have a very clear notion that Sri Lanka’s history began before the arrival of the colonials and not afterwards the pride in our culture and heritage will be hanging in limbo – we would be a nation belonging neither here nor there because a big part of the history is being purposely left out since it meets the agendas of a handful of people trying to project the nation as being what it is certainly not. Simply because a handful have a foot here and another there, the entire nation does not have to necessarily follow.

We have come to endorse customs and practices which are not heritage and in so doing we are committing to high degrees of value-blunders seen in the rise in lack of values and disciplines from child to adult. The rat-race to compete has left families in disarray and we have come to a stage where it is good to start from scratch, return to fundamentals not pretending to be what we are not but to synergize with our heritage and our former customs and values coming down from a time-tested past that no one can challenge for its record of compassion and high moral ground.

A cynic’s quick response would be to ask that all locals return to native attire totally misunderstanding the argument being made. Its not a question of all that is foreign is wrong but to realize the need to not compromise all that is local when these have more values than what we are importing. Simply to adopt all that is foreign closing the door to what we have been gifted naturally would be immoral and lead to an immoral legacy which we can witness in examples around us.

We need to think Sri Lankan and be proud Sri Lankans and that must first place our own people on a pedestal above others. We need to nurture our own products, manufacture our own instead of continuing the dependency for imported goods or we are only killing the livelihoods of people toiling their hearts out trying to give to us something local. It is time we appreciate what we produce though much of what we are producing has also become prey to another set of people finding ways to make money by inducing the artificial growth of these items with artificial boosters that leave consumers plagued with various illnesses that are seeing a rise and manifold of illnesses impossible to even diagnose unnecessarily eating into the purses to make the health sector profitable. It’s a vicious circle.

It is not hard to envisage that it is those that attempt to crush our heritage, our past and our former values who form the blocks of people and groups responsible for and always inviting everything foreign – imports, intervention, interference and the like.

With the end of terror – it is now time we put the pride back into our country by being Proud Sri Lankans – being Sri Lankan and valuing what is ours.

To be Sri Lankan we need to first identify our history and take pride in it and not the history of identities that are foreign to our heritage – herein lies the confusion which now needs to be cleared once and for all.