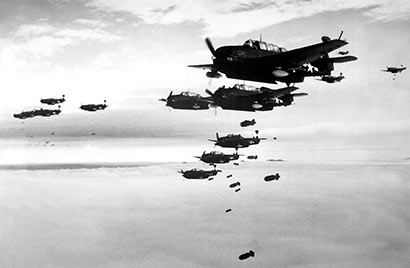 “Final days of war” and accountability is the hot topic in the diplomatic and international arena. Let us ask the Germans and the Japanese what they thought of when the Allied Troops flattened Dresden the night prior to Valentine’s Day in 1945 in a 2 night blanket bombing using 3,300 tons of high explosive and 1,500 tons of incendiary bombs that had no strategic goals except to murder 35,000 (some argue it is far more) German civilians and create cultural hurt and the Royal Air Force bomber SIR “Harris” claims he would repeat the bombing again 30 years later! Was the atomic bombing of Hiroshima and 3 days later bombing of Nagasaki not the greatest act of terrorism in modern civilization committed 6 months after Dresden where almost 140,000 civilians died? Have the Germans and Japanese forgotten these crimes against their people by their new found friends in the international community and have the perpetrators no shame to hide behind terminologies like “human rights” “R2P” “democracy” and commit similar atrocities?

Unfortunately, accountability today is simply a witch-hunt. What is simply mindboggling is the manner in which these Western nations knowing their culpabilities proudly appear in front of the world and deliver inspirational messages on human rights and democracy while they fund agencies to create regime change and even assassinate national leaders”¦. It’s simply amazing how they can function this way and the world gives them standing ovations for their speeches.

http://www.dailymail.co.uk/news/article-2276944/I-destroyed-Dresden-Bomber-Harris-unrepentant-German-city-raids-30-years-end-World-War-Two.html
It is said that Churchill “ordered” the bombing of Dresden as “payback” for the German bombing of Coventry. Killing of Osama bin Laden is said to have been “payback” for 9/11 though no single court case found him guilty or even put him on trial. If the West says a person is guilty “”…” with or without trial “”…” he is guilty but that law applies only to the White West.

There was NO warning siren for Dresden and a town was devastated on orders of UK.

The Germans may like to recall these horrific memories by their new found friends. In all, over three waves of attacks, 3,300 tons of bombs were dropped on the city. Many of the bombs that were dropped were incendiary bombs. These created so much fire that a firestorm developed. The more the city burned, the more oxygen was sucked in “”…” and the greater the firestorm became. It is thought that the temperature peaked at 1,800 degrees Fahrenheit. The surface of roads melted and fleeing people found that their feet were burned as they ran. Some jumped into reservoirs built in the city centre to assist firefighters. However, these were ten feet deep, smooth-sided and had no ladders – many drowned. Very few of those in the city centre survived “”…” those that did provided a vivid picture of what it was like to be in a firestorm.

Dresden must be remembered as an example of how UK bombed civilians when the war was virtually over.

Facts about the Atomic Bomb:

‘Over 40 years, in 36,500 survivors monitored, there were 176 leukemia deaths which is 89 more than the control (unexposed) group got naturally. There were 4,687 other cancer deaths, but that was merely 339 above the number in the control (unexposed) group, so this is statistically a much smaller rise than the leukemia result. ‘Natural leukemia rates, which are very low in any case, were increased by 51 % in the irradiated survivors, but other cancers were merely increased by just 7 %.

The mythical reasons American politicians and media cohorts were using was debunked by Gar Alperovitz a political economist in his book, “Atomic Diplomacy: Hiroshima and Potsdam” (1965). While acknowledging the paucity of evidence available at the time, he argued that dropping the atomic bomb “was not needed to end the war or to save lives” but was US President Truman’s means of sending a chastening message to the Soviet Union.

The atomic bomb was developed at the Los Alamos Laboratories in New Mexico by Albert Einstein and Robert Oppenheimer and was called the “Manhattan Project” . The funds came from Wall Street “”…” the Rothschild and the Lehman Brothers.

It was the Secretary of War Henry Stimson who first informed to Eisenhower the existence of the bomb. Eisenhower did not wish to use the bomb because Japan was already defeated. Incidentally, while Stimson was a member of the Skull and Bones, President Truman was a Masonic.

Many believe that the atomic bomb was a live test to see the exact destruction the bomb could cause. John Foster Dulles says “keep Japan in the war another three months, and we can use the bomb on their cities; we will end this war with the naked fear of all the peoples of the world, who will then bow to our will.”

On March 9 and 10, 1945, 325 B-29s had burned thirty-five square miles of Tokyo, leaving more than one hundred thousand Japanese dead in the ensuing firestorm. Of Japan’s 66 biggest cities, 59 had been mostly destroyed. 178 square miles of urban dwellings had been burned, 500,000 died in the fires, and now twenty million Japanese were homeless. Only four cities had not been destroyed; Hiroshima, Kokura, Niigata, and Nagasaki. Their inhabitants had no inkling that they had been saved as target cities for the experimental atomic bomb.

Beginning in early May, a six-man council of Japanese diplomats explored ways to accommodate the Allies. The delegates informed top military officials that “our resistance is finished”.

The tragedy of Hiroshima and Nagasaki was that a weak, inexperienced president, completely under the influence of James Byrnes and Bernard Baruch, allowed himself to be manipulated into perpetrating a terrible massacre.

Dr. Hida attending to the victims says that while treating the terribly mangled and burned victims, “My eyes were ready to overflow with tears. I spoke to myself and bit my lip so that I would not cry. If I had cried, I would have lost my courage to keep standing and working, treating dying victims of Hiroshima.”

Leaflets warning of bombings were not given in advance and neither were both cities military targets.

These are just a handful of the lies America tells the world. For supposed weapons of mass destruction in Iraq, the US is responsible for the deaths of over 1.4million Iraqis after decades of illegal occupation. Incidentally most of the victims of the atomic bomb were children and tragically no different to the children killed by unmanned US drones today.

Can the American public really be happy at the manner its Government is killing innocent people just to save American lives that are not even threatened by them? Are more Americans not dying by shooting themselves at churches, malls or inside supermarkets?

But not surprisingly, immediately after the bombings of Hiroshima and Nagasaki what does the Allies go and do “”…” they try the Japanese officials for “war cries” at an International Military Tribunal which met in Tokyo from 1946 to 1948 and found 38 Japanese military and civilian leaders guilty of atrocities and surprise, surprise no one was charged for the atomic bombings. Do we laugh or cry?

The bombing followed US military occupation in Japan with a Treaty signed and scores of American troops are stationed in Okinawa where the Japanese are expressing their displeasure at the wave of crimes and rape taking place.

So when Japan sends its special envoy Akashi to Sri Lanka, we would like him to run through the notes on what happened to Hiroshima and Nagasaki and how the Japanese people in these areas continue to suffer radiation while delivering orders on behalf of the US, Japan’s strategic ally in Asia.

Dresden was a crowded Germany city. The British attack was not precision bombing on specific military targets. It was deliberate bombing of a whole area. The fires that the bombings created led to further damage with people caught in fires as hot as 1800 °C.

Can the present lot of UK parliamentarians including Mr. Cameron and Nick Clegg please tell the world how this attack on Germany was justifiable on military grounds when the German armies were in retreat? What reputation does the UK and in particular its hero Churchill have when the British specifically targeted and killed thousands of innocent Germany civilians in the FINAL DAYS OF A WAR THAT WAS OVER?

All that we can conclude from what took place in Dresden and Hiroshima and Nagasaki is that for both UK and US the civilians of other nations were of no concern to them. That same premise stands in the present context.

How do we align this type of dastardly attack with Sri Lanka is that since UK and US are well aware how they have ordered civilian populations to be bombed unnecessarily they must be concluding that Governments like Sri Lanka must be applying that same theory. We are extremely sorry to say that they are totally wrong to conclude so “”…” the Sri Lankan army did not target civilians “”…” the FINAL DAYS OF SRI LANKA’s WAR saved hundreds and thousands of civilians. The UN covers upto 13th May 2009 “”…” it is from there upto 19th May 2009 that has become a competition amongst foreign politicians and media to come up with guestimates of civilian deaths and they can’t even prove that such numbers even lived in these areas or provide names of kith and kin related to the dead. They are ghost numbers that find perfect reason to humiliate Sri Lanka’s victory over terrorism.

6000 of Sri Lanka’s national heroes sacrificed their lives trenching through landmines and other traps laid by the LTTE to save 294,000 civilians. This is not one or two numbers “”…” this is TWO HUNDRED AND NINETY FOUR THOUSAND Tamil civilians and gave them food and water thus far denied by the LTTE and provided First Aid. Look at the footage of the men, women, children and elderly that the Sri Lankan army saved to see how malnutritioned and feeble they were and UN can confirm this.

Therefore, we would like to know what Germany and Japan in particular say of the final days of war in their country where civilians perished in thousands by US and UK bombings “”…” the deaths of these people cannot be forgotten for strategic advantage!