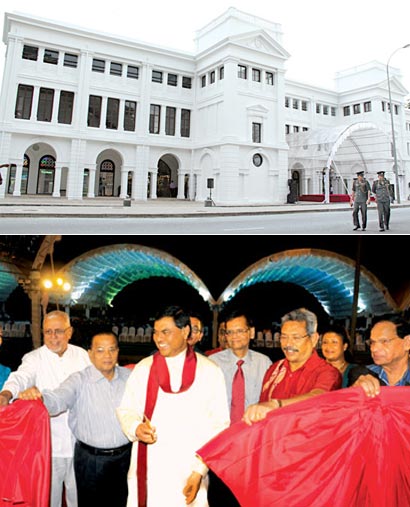 Making Sri Lanka, the ‘Wonder of Asia’ is the concept of President Mahinda Rajapaksa, following on these lines, many changes are taking place in the city of Colombo.

The one time racecourse grounds in Reid Avenue which was neglected and left to wrack and ruin is now transformed into a beautiful city centre with attractive shopping malls and high-end restaurants thus giving a new face to the city of Colombo, which is now turning out to be a garden city as it once was in the days gone by.

The beautiful open areas surrounding the Racecourse Complex is a sight to behold and will surely be a crowd-puller in the days to come!