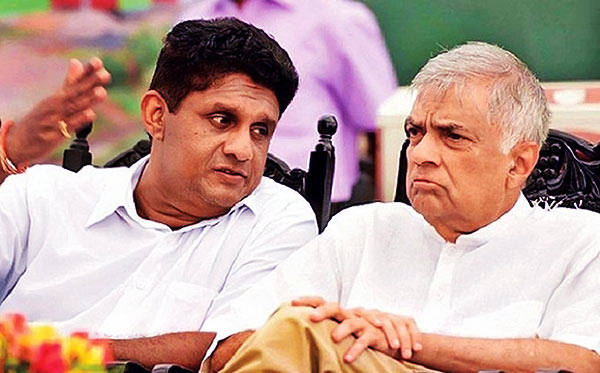 The much awaited talks between Prime Minister and UNP Leader Ranil Wickremesinghe and UNP Deputy Leader, Minister Sajith Premadasa, before taking the final decision on the party’s Presidential candidate for the upcoming election ended on a positive note yesterday night.

Speaking to the media outside Temple Trees, following yesterday’s late night discussion, Premadasa told journalists that talks were successful and the people will be able to hear good news in a few days.

When a journalist questioned whether there was a proposal regarding the UNF candidate for the upcoming Presidential polls, Premadasa replied that there were no such proposals.

Premadasa however said that talks will continue on the subjects of party’s future plans, strategies and programmes.

Minister Malik Samarawickrema who came out of Temple Trees before Premadasa told journalists that talks had been held in a very cordial manner. Minister Ranjith Maddumabandra who was with Samarawickrema said there were consensus among members involved in the talks regarding a number of topics.

However, he did not elaborate on the subject of the topics.

It was not clear how many and who had attended the meeting and when a journalist posed the question Premadasa replied that there were several members.

11 Responses to Ranil – Sajith talks adjourn on a positive note