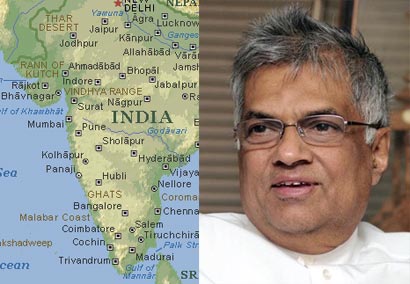 The Leader of the Opposition in Sri Lanka and former Prime Minister, Ranil Wickremesinghe, sought India’s assistance in reviving agriculture and fisheries in the Vanni region, pointing out that “until the region returns to normalcy and commences food production and fisheries, Sri Lanka will continue to have problems.”

“It will affect the food supply and also have an impact on cost of living,” Mr Wickremesinghe told The Hindu in Chennai.

Mr. Wickremesinghe, who had a detailed discussion with agricultural scientist M.S. Swaminathan on these issues, said: “India’s technical knowledge and its advances in agriculture… will help not only the people of Vanni region but the whole country.”

The Vanni region, together with the Eastern Province, the North Central Province, and the Mahaweli basin, constitutes the food bowl of Sri Lanka. Most of the rice and vegetables are grown here. There is also significant milk production.

“This is having an impact on the economy of Sri Lanka itself as the overall food production has come down,” he said.

In his view, besides reviving agriculture and fisheries, India can help to improve the storage and marketing system through modernisation. He also wanted India’s assistance in water management as there were a lot of small tanks.

“The technical support necessary for this is available in India. The Indian government should also be able to offer necessary financial support… If this is done, Vanni will not only regain its earlier position but also improve its performance in these two sectors, earning more money,” Mr. Wickremesinghe said.

He said this could prove a pilot project for the modernisation of agriculture and fisheries in other parts of Sri Lanka.

“I discussed these issues with Dr. Swaminathan, who has been visiting Sri Lanka and advising the Indian and Sri Lankan governments. He said this can be done and it should be done,” Mr. Wickremesinghe said.

Dr. Swaminathan will visit Sri Lanka next month for an international meeting.

The former Prime Minister said he had already had a discussion with Indian Foreign Secretary Nirupama Rao when she visited Sri Lanka.

In response to a specific question, he said de-mining was a real problem. “There should be an accelerated demining programme. But the government must be prepared to request help from many of the non-governmental agencies which have the capacity. When I was the Prime Minister, demining was started under the Cease Fire Agreement (CFA), and a large number of non-governmental groups helped us. With the capacity available in the developed world, we were able to do demining successfully,” he recalled. However, the mines were laid by both sides during the subsequent fighting.

Asked whether he would be able to persuade President Mahinda Rajapaksa to accept the proposals, he responded: “We could only make these suggestions publicly.”