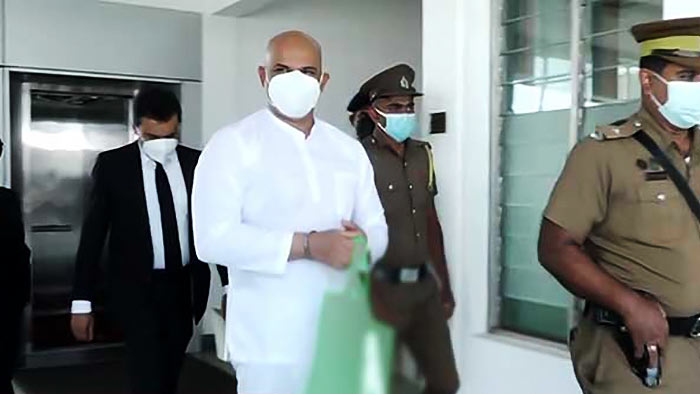 Former Member of Parliament Ranjan Ramanayake, who is currently imprisoned, was brought to the Presidential Commission of Inquiry (PCoI) probing the incidents of political victimization today morning (February 17) by the prison officials.

The Department of Prisons stated that the necessary arrangements were made to bring Ranjan Ramanayake to the Police Investigation unit of the Commission around 09:30 AM this morning.

In January 2020, a three-member Presidential Commission of Inquiry was appointed to inquire into political victimizations that have taken place from 2015 to 2019. Ramanayake served as a state minister during this period.

This special commission was tasked with submitting a final report or interim report within three months after conducting investigations and imposing the necessary conclusions and recommendations.

The term of this commission was set to expire on October 29, however, it was given an extension of six more months until April 28, 2022.