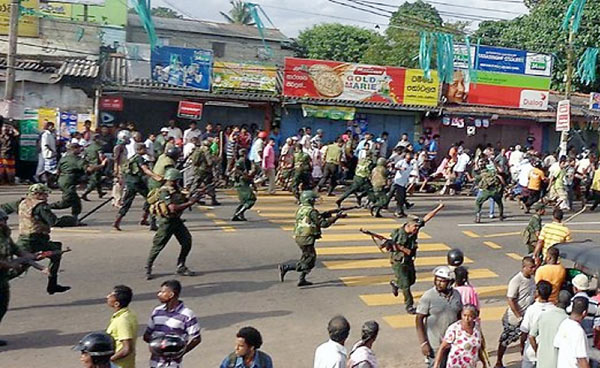 Sri Lanka Army Brigadier Aruna Deshapriya Gunawardena and the Staff Sergeant Sirisena who were alleged to have given orders to shoot the Rathupaswela protestors were released on bail by the Gampaha High Court today.

Three persons were killed after the Sri Lanka Army was deployed to disperse a protest against a factory in Rathupaswala on August 1, 2013.

The protesters demanding authorities to take prompt action to relocate the factory which has contaminated drinking water in the area with chemicals disposed by the factory.