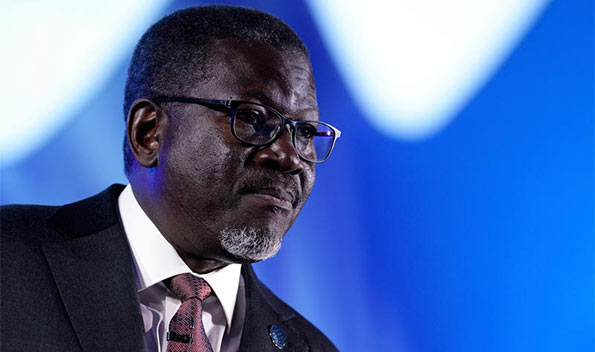 The owner-driven model, adopted in a housing programme funded by the Indian government in Sri Lanka, can serve as a “source of inspiration,” and as a case study of “good practices,” Elhadji As Sy, Secretary General and CEO of the International Federation of Red Cross and Red Crescent Societies, said on Thursday.

Answering a question whether the model could be replicated in other post-conflict regions, Mr. Sy told The Hindu that “replication is always difficult. Contexts are very different.  You may not be able to replicate things 100 per cent. But, you can always use it [the owner-driven model] as a source of inspiration, as a good practice.”

(The model was used in the second phase of the housing programme, covering 45,000 houses in the Northern and Eastern provinces. The International Federation of Red Cross in partnership with Sri Lanka Red Cross is one of the four implementing agencies).

Asked whether he came across any beneficiary complaining to him about falling into debt trap, the Secretary General, who went to the North on Wednesday as part of his three-day-long visit to Sri Lanka, replied in the negative.  “I am not saying it is not possible. But, what I have come across is only extremely positive message.” There were persons who had stuck to what they were provided with. Some others had mobilised some more resources to improve their houses with “fancy tiles and nice doors.” On the overall, he found “proud people, dignified people, who show resilience and appreciation” of the programme. He added that “without the active involvement of the people, success would not have been possible. Success is theirs.”

Asked what would be his organisation’s suggestion to the Sri Lanka government which planned the construction of 65,000 houses, Mr. Sy replied that the experience of the Red Cross in building houses “speaks for itself. It has produced results. Lessons can be learnt. That body of knowledge is at the disposal of everyone including the Sri Lanka government.”

Later, the Secretary General met President Maithripala Sirisena. During the meeting, the President told him that people in the southern parts of Sri Lanka, especially older persons, should cultivate the spirit of reconciliation and their “mindset” had to change. The realisation should come from within and not out of any “inducement from outside,” according to a release issued by the President’s Media Division.