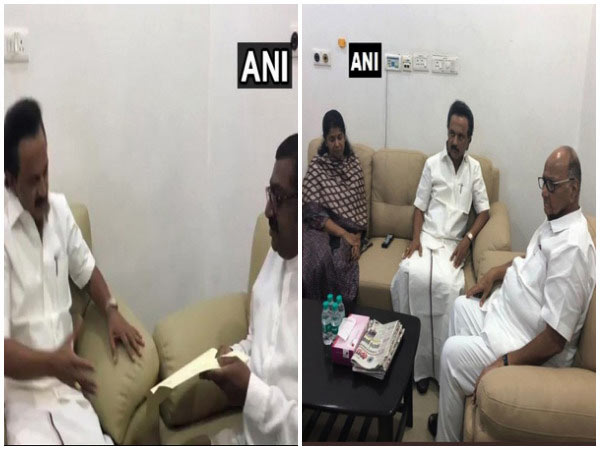 Meanwhile, Nationalist Congress Party (NCP) President Sharad Pawar also met Stalin and Kanimozhi at the hospital.
Karunanidhi was admitted to the hospital following a drop in his blood pressure last week. The DMK chief, who is on intravenous antibiotics, was earlier undergoing treatment at his Gopalapuram residence in Chennai.