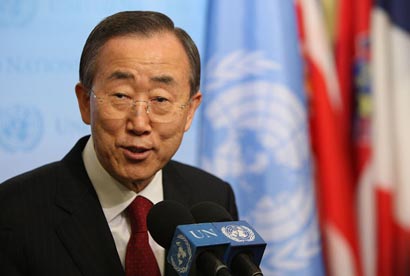 There are some facts that the world needs to take cognizance of.

The next and biggest question is what is the basis of an international investigation? The people in Sri Lanka are getting on with their lives, elections are taking place at regular intervals, the North elections were held and the people made their choice, the former LTTE cadres who have been rehabilitated are also getting on with their lives, the child soldiers now pardoned are either studying or making a livelihood – does the world want to reverse all that the country has achieved in a short span of 4 years. Post-World War 2 took 12 years to hand back Germany to Germans with Allied Forces occupying Germany and more deaths post-war than during war. Nuremberg trials were a victors trial making only the Germans guilty. Thereafter we are facing continued military interventions – all illegal invasions on false flag events created to facilitate these interventions and occupations. It is interesting that given the nature of these military interventions the UN Secretary General has not commissioned a report on these repeated occurrences which are leaving the UN having to deal with millions of displaced, millions of refugees, millions of people who are homeless and have been homeless for decades since invasion and occupation – there are a lot more questions that need to be asked from these interventionists by the UN Secretary General than calling for investigations in Sri Lanka.

The crux of the question is where were all these present lot of people calling for accountability when the country was under LTTE terror attack, when children were scared to go to school, when parents feared sending children in buses, when wives did not know if their husbands would return home, when businesses couldn’t function, when hospitals were filled with people without body parts or bleeding as a result of LTTE placing bombs in buses, roadsides, public buildings – count the number of crimes LTTE committed and ask why none of these crimes even contemplated the arrest of any LTTErs even when travelling overseas or those LTTE members now operating under different LTTE fronts who the international police and foreign governments are well aware of their links to a terrorist outfit. If Africa’s leaders can be arrested and taken for questioning why are these LTTE front heads escaping investigation and instead are dining and wining with world leaders making a hypocrisy of justice.

What is more important now is to build bridges. Who do we listen to? The Tamils living overseas calling for another armed conflict urging Tamils in Sri Lanka to again fight another war or Tamil academics like the Vice Chancellors of the Jaffna and Eastern Universities who say the people should now move forward not backward. http://www.sundayobserver.lk/2014/02/16/new40.asp

“I have been living in Jaffna, working in the Jaffna University from 1984 till today. I have witnessed all the ups and downs and I have been carrying my bed-ridden mother during 1995 from Jaffna to Wanni. Then I brought her back in 1997. So I am somebody who has witnessed everything, who has written my PhD thesis in the kerosene lamp where we had to pay Rs. 300 for kerosene and not use the normal kerosene lamp and have used the kerosene lamp using cotton wool which has been very famous those days. So, I have been one who has been there, who have been living in Jaffna,” Jaffna University Vice Chancellor, Prof. Arasaratna

“I lived in Canada for eight years with more than 100 communities, they say “We are Canadian”. Their culture is not more than 400 years old but we are more than 3,000 years old culture. Still we have three to four communities and still we call as we are Tamil, we are Sinhalese, but we never say we are Sri Lankan,” Eastern University Vice Chancellor Dr. Kobindarajah

SRI LANKANS TOGETHER MUST SAY – WE WANT TO MOVE ON… ALLOW US TO MOVE ON… LEAVE US ALONE TO MOVE ON… WE CAN SOLVE OUR PROBLEMS ON OUR OWN….As citizens we must stand and be counted to protect our country and defend our country.

This must be the message that ALL Sri Lankan citizens must now give to the world, the UN and especially to the Tamil LTTE Diaspora whose guilt in arming, financially supporting and fundraising continues under the guise of bogus entities it is registered as. It is time these were all investigated first.

FINALLY, THE UN SECRETARY GENERAL AND THE UNHRC HEAD MUST NOW ADMIT AND ACCEPT THEY HAVE WRONGLY USED THE POE REPORT TO RIDICULE SRI LANKA AND MUST APOLOGIZE FOR THE INTERNATIONAL CONDEMNATION BROUGHT UPON SRI LANKA.

THE UN MEMBERS IN REALIZING THIS TRUTH MUST TAKE THE SIDE OF SRI LANKA FOR THE GRAVE INJUSTICE DONE TO A FELLOW UN MEMBER NATION.