Rosy Senanayake tipped to be Sri Lanka’s HC in London? 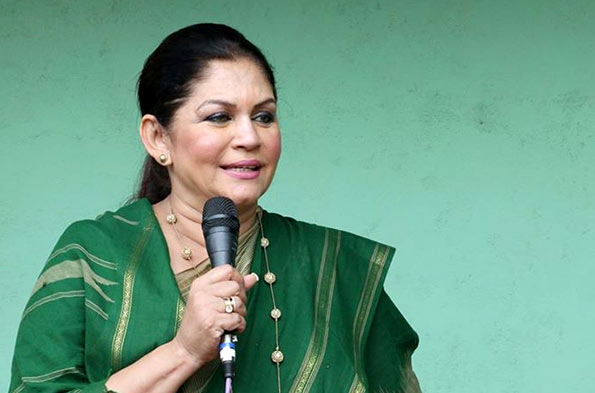 Former State Minister for Child Development Rosy Senanayake, who failed in her re-election bid in the August 17 parliamentary poll, is tipped to be appointed Sri Lanka’s new High Commissioner to London.

The Sri Lankan mission in the British capital has remained headless since the resignation of Dr. Chris Nonis in October 2014 following the incident of alleged assault involving then External Affairs monitoring MP Sajin de Vass Gunawardane.

Senanayake served as Sri Lanka’s High Commissioner to Malaysia from 2002 to 2004. She was also appointed United Nations Population Fund Goodwill Ambassador in 1998.

A strong advocator for the rights of women, children and adolescents in Sri Lanka, she is also an activist and community worker. Her experience in promoting Sri Lanka trade to the world will be of benefit to her when she is appointed High Commissioner to London.

She has also acted in a few Sinhala films including Robin Fernando’s “Sura Duthiyo”.

3 Responses to Rosy Senanayake tipped to be Sri Lanka’s HC in London?