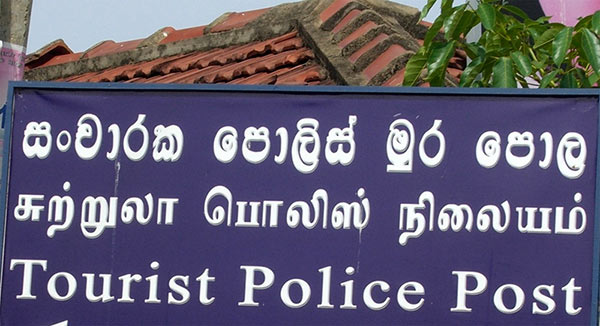 The government has allocated Rs.30 million to establish Police posts at 20 identified tourist hotspots to provide better security for tourists visiting the country. This measure was taken in the wake of certain incidents that were reported in Mirissa recently, where a group of Dutch tourists were assaulted, Law and Order Minister Ranjith Madduma Bandara said.

Addressing a media briefing at the Hotel School Building – SLITHM to elaborate on the new measures that will be enforced to ensure the security of tourists the Minister said in areas where issues have arisen, measures will be taken by the police to improve the security situation and the tourist police will be further strengthened to handle issues at hand and make Sri Lanka’s tourist destinations safer for tourists. “The Law and Order Ministry and the Tourism Ministry reqested public cooperation in this regard to notify them when and if such incidents occur. We need to prevent such incidents from taking place in the future,” the Minister said.

Minister Ranjith Madduma Bandara and Tourism Development and Christian Religious Affairs Minister John Amaratunga, Senior Ministry officials,the IGP and Police officers attached to the Weligama Police, the Weligama Urban Council Chairman and high ranking Coast Conservation Department officials held a meeting prior to the media briefing to discuss measures that needed to be taken with regard to this incident and how best to prevent such incidents taking place in the future.

Minister Madduma Bandara said irrespective of who the perpetrators are, the law will be enforced accordingly. He noted that already 14 arrests have been made in connection with the Mirissa incident and the assault on five Israeli tourists at the Midigama beach.He said the hotel where the incident had taken place was sealed off until the completion of investigations.The Minister said a court order had been obtained yesterday to get the CCTV footage of the relevant hotel and the adjoining hotels for investigations.

Meanwhile, when questioned about the action needed to be taken by the Tourism Authority to address the issue of beach boys allegedly harassing tourists, the Director General of the Tourism Development Authority Upali Rathnayake said controlling the beach boys is the responsibility of the police.

However, Weligama Urban Council Chairman Rehan Wijeratne Jayawickrama said this is an isolated incident and it does not suggest that the Mirissa beaches are unsafe for tourists. “These sort of incidents do not occur frequently. Action was taken within 48 hours to address the problem. We intend to organise awareness programmes in collaboration with NGOs and the Tourism Ministry to educate these beach boys on the importance of respecting women and on their behaviour and approach,”Jayawickrama said.He also blamed the Police for failing to notify the Local Government authorities about the incident, of which they came to know only through media reports.The Matara Police OIC, meanwhile, defending the Police, said that while the incident had occurred in the wee hours of April 8, no complaint had been lodged with the Police until April 10, until a complaint was lodged by a third party to the Tourist Police.“The Police acted swiftly and by the April 13, the suspects were arrested, based on investigations that were initiated,” he said.

However, IGP Pujith Jayasundara assured that an investigation is underway to look into the manner in which the Police had acted with regard to these incidents.Meanwhile, Tourism Development and Christian Religious Affairs Ministry John Amaratunga said he intends to request for the assistance of the Navy to further fortify security on the country’s beaches.The Minister however, said that the main problem appears to be that there are many unlicensed bars and drugs being distributed in the area.

He said the Excise Department should be held responsible for not having taken measures to raid such illegal establishments and maintain proper standards.Coast Conservation Department Director General Prabath Chandrakeerthi said they have taken the decision to demolish all illegal structures along coastal areas, while 17 such locations are being identified for demolition which will commence on May 1.Minister Amaratunga also noted that all Ambassadors and High Commissioners would be called for a meeting shortly in order to notify them about the measures taken by Sri Lanka to make the country safer for tourists, in a bid to rectify the negative publicity the country is receiving due to such incidents

2 Responses to Rs.30 million to setup Police posts at 20 resorts