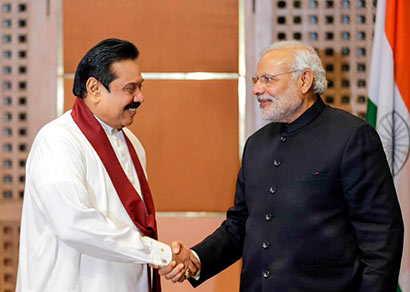 Many of the leaders President Mahinda Rajapaksa met for bilateral discussions on the sidelines of the 18th SAARC Summit offered their best wishes for his re-election bid at the forthcoming presidential election and expressed confidence on his victory.

During his discussion with President Rajapaksa, President of Maldives Abdulla Yameen Abdul Gayoom said, “Congratulations on calling for elections. It is our sincere hope and prayer that you get re-elected with a landslide victory as you have done in the past. This shouldn’t be too much of an obstacle for you.”

During his speech at the opening ceremony of the Summit, Prime Minister of India Narendra Modi said, “President Rajapaksa will soon go into one [re-election], and I wish him good luck.”

“You don’t need my good luck but I wish you good luck,” Prime Minister of Bhutan Lyonchhen Tshering Tobgay said during bilateral talks. “I know you will win.”

When President Rajapaksa held talks with Prime Minister of Nepal Sushil Koirala, former Deputy Prime Minister and Foreign Affairs Minister Ms. Sujata Koirala, who was also present at the meeting, said, “We will see you again as President.” 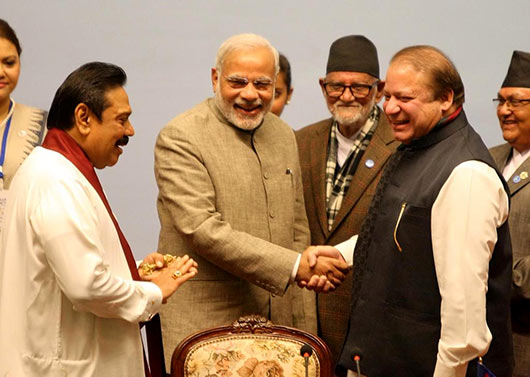