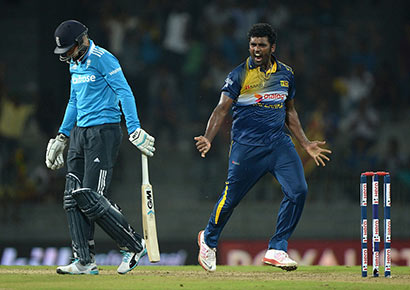 Sri Lanka cricketers Tillakaratne Dilshan and Thisara Perera have been fined and reprimanded for disciplinary breaches during the first one-day international against England, the International Cricket Council said on Thursday.

While former captain Dilshan will lose 25 per cent of his match fee for excessive appealing, allrounder Perera was docked 20 per cent for bringing the game into disrepute.

A disciplinary hearing was not required as both cricketers admitted the charges and accepted the sanctions, the ICC said in a statement, IBN Live reported.