Sagala to get Law and Order, Swaminathan gets Prisons portfolios 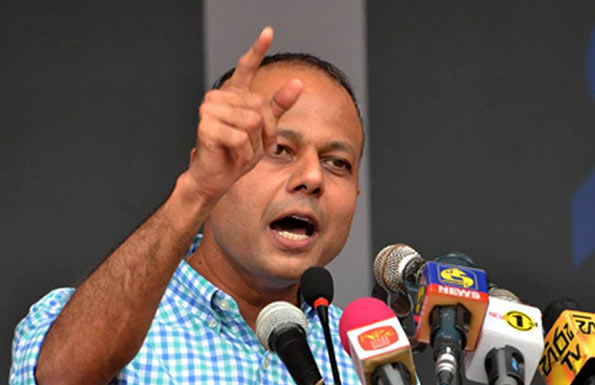 These new appointments are to be made to the portfolios made vacant after the resignation of Tilak Marapana.

The then Minister of Law, Order and Prisons Reforms Tilak Marapana tendered his resignation as a Cabinet Minister to President Maithripala Sirisena on November 9.

This came after several Cabinet Ministers and civil society leaders expressed their concern on Marapana’s recent statement regarding the Avant Garde armoury at the Parliament.

Home » Sagala to get Law and Order, Swaminathan gets Prisons portfolios