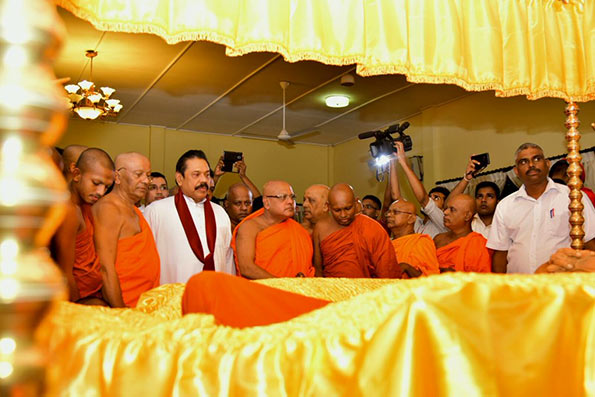 Former President and Parliamentarian Mahinda Rajapaksa has issued a condolence message in view of the death of the Ven. Sobitha Thera.

Mahinda Rajapaksa has referred to the noble services discharged by the prelate and how he earned the respects of the public for his preaching. Rajapaksa has said that Ven.Sobitha Thero has visited even the border villages when there were terrorist issues.

In his condolence message the Rajapaksa has said that the Ven. Thera’s initiatives deserve accolades.

“I wish the Thero may attain the supreme bliss of Nibbana”, former President has added.