Sajin back in Prison ward Skin disease found to be bogus 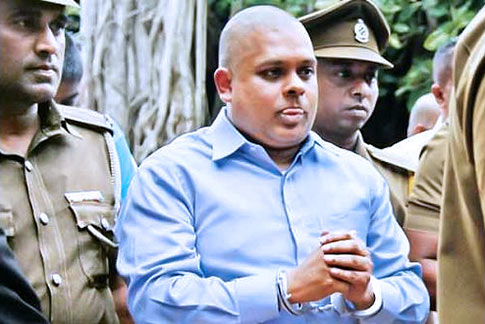 Former Parliamen-tarian Sajin de Vaas Gunawardena who is currently in remand custody for the misuse of 16 State owned vehicles was ordered to be removed from Prison Hospital and relocated into a normal prison ward by the Colombo High Court Justice Ranawaka Gunatileke.

The decision was taken after it was found that Sajin had been diagnosed with a nonexistent fictitious skin disease. A report was submitted to the Courts, after a medical check-up was conducted on the former parliamentarian, which states that he did not in fact have a skin disease.