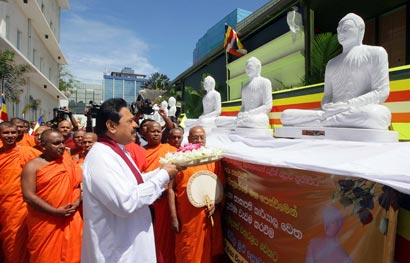 President Mahinda Rajapaksa handed over 26 Samadhi Buddha Statues to mark 2600 Sambuddhathwa Jayanthi to the External Affairs Ministry to be entrusted to the Sri Lankan missions abroad. This program was jointly organized by the Ministry of External Affairs, the Presidential Secretariat and the Foreign Employment Bureau.

These statues were today handed over to External Affairs Minister, Prof. G.L. Peiris by President Mahinda Rajapaksa. In an effort to promote Buddhism overseas in the 2600th Sambuddathwa Jayanthi year, Sri Lanka Foreign Employment Bureau has made arrangements to offer Samadhi Buddha Statues to 26 countries. 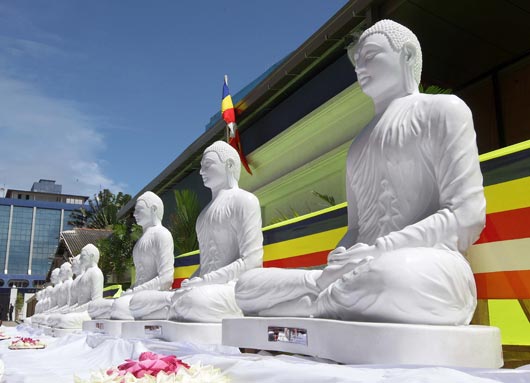 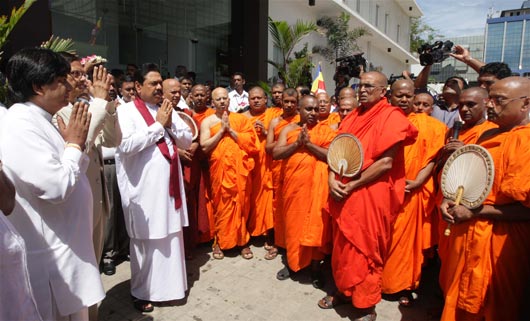