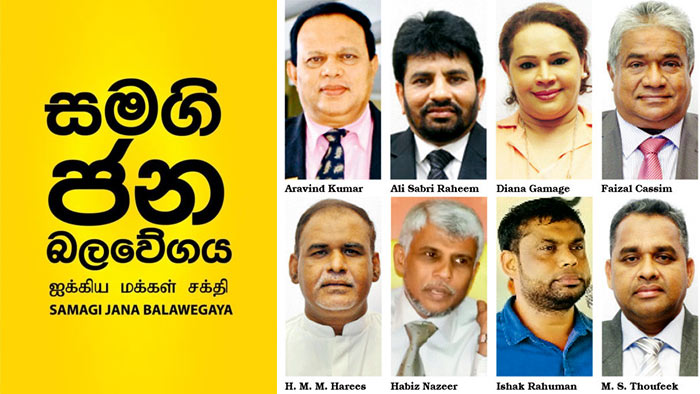 The Samagi Jana Balawegaya (SJB) has decided to sack its Parliamentarians who voted in favour of the 20th Amendment to the Constitution, Party Secretary and MP Ranjith Maddumabandara said.

Earlier, nine MPs of the SJB sent a letter to Party Secretary Ranjith Maddumabandara, demanding the removal of those who voted in favour of the 20th Amendment Bill on 22 October.

The 20th Amendment was passed with a two-thirds majority in Parliament. SJB National List MP Diana Gamage and six Members of the All Ceylon Makkal Congress (ACMC) and the Sri Lanka Muslim Congress (SLMC), which are constituent…

…Parties of the SJB and Tamil Progressive Alliance MP Aravind Kumar voted in favour of the Bill.

The letter signed by MPs Harin Fernanda, Nalin Bandara, Hector Appuhamy, Sujith Perera, Niroshan Perera, Mayantha Dissanayake, Mujibur Rahuman, Kingsley Nelson and Rohini Wijeratne stated, all the MPs of the SJB had pledged to vote against the Amendment as it was a threat to democracy.

The MPs warned that they would take stern action if the Party failed to remove those MPs.