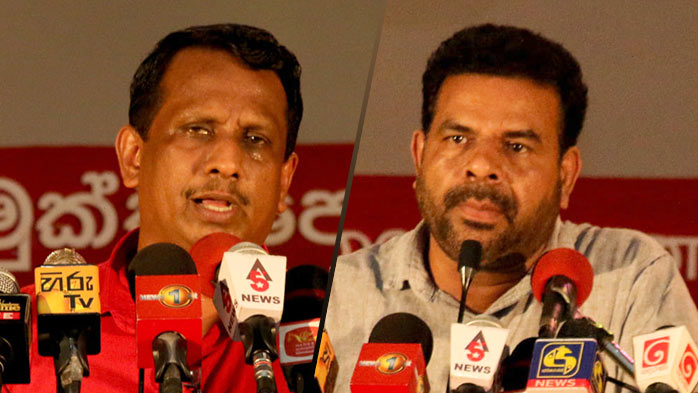 Five including Namal Karunaratne and Samantha Vidyarathna were arrested for organising a protest over the fertiliser crisis, in violation of quarantine laws.

Police Spokesman SDIG Ajith Rohana said that they had surrendered to the Bogahakumbura Police this morning (July 07).

They were later arrested and to be produced in the Welimada Magistrate’s Court.

Reportedly, the former JVP Provincial Councillor Samantha Vidyarathna and the national organiser of All Ceylon Farmers’ Federation Namal Karunaratne and the other arrestees have taken part in a protest on the 1st of July at Boralanda, in violation of the quarantine regulations.

UPDATE (02:20 PM): Five persons including Namal Karunaratne and Samantha Vidyarathna were granted bail on a personal bail of Rs. 100,000/- each by the court.