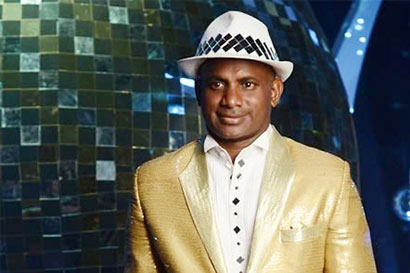 Chairman of the Sri Lanka Cricket Selection Committee Sanath Jayasuriya has been appointed as the Brand Ambassador for Sri Lanka tourism.

Sri Lanka Tourism buoyed by the successful results achieved in its 2011 campaign ‘Refreshingly Sir Lanka – Wonder of Asia’, the Sri Lankan Tourism Promotion Bureau has started a new campaign for 2013 titled ‘Get Sri Lankaned’.  This promotion programme will be carried out in five emergent markets, including India.

It has been planned to spend Rs 675 million for the ‘Get Sri Lankaned’ campaign across the five countries that include India, China, the Middle East, Japan, and Korea. The largest portion of the funds has been earmarked for China followed by India.

Under this programme of ‘Get Sri Lankaned’ campaign Sri Lanka Tourism Promotion Bureau under the guidance of the Ministry of Economic Development, will be organising three day joint promotions in the six major cities in India.  The campaign of Bangalore has already been completed and it will be held in New Delhi, Mumbai, Hyderabad, Cochin and Ahmedabad as well.