Sanga returns to the top of ICC rankings 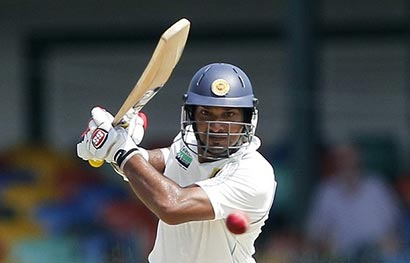 Sri Lanka batsman Kumar Sangakkara made a return to the No. 1 spot in the ICC Test batting rankings after scoring a big century against Pakistan in the drawn Test at the SSC. He had lost the top spot to West Indies’ Shivnarine Chanderpaul in March 2012, after failures in the Galle Test against England.

At the start of the SSC Test, Sangakkara trailed Chanderpaul by six rating points, but earned 42 points for his first innings effort of 192. In the previous Test in Galle, Sangakkara had scored 199 runs in the first innings to earn 71 rating points. He is eight points short of achieving the 900 mark – a figure achieved by only 25 batsmen, including Sangakkara, in the history of the game.

Sangakkara achieved a career-best 938 rating points during the Kandy Test against England in 2007, which is the sixth best performance in the all-time rankings.

Apart from Sangakkara, Tillakaratne Dilshan, Mohammad Hafeez and Azhar Ali also scored big hundreds and have moved up in the Test rankings.

1 Response to Sanga returns to the top of ICC rankings

Home » Sanga returns to the top of ICC rankings