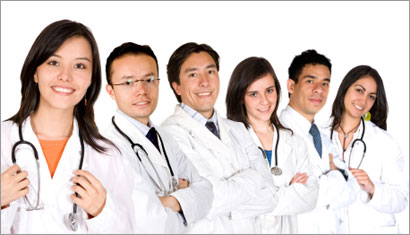 While the Government Medical Officers’ Association (GMOA) and undergraduates of state universities have taken up cudgels against University Grants Commission’s (UGC) granting degree awarding status to the Private Medical College (PMC) at Malabe, Higher Education Minister S. B. Dissanayake says that he is determined to give his nod to four more requests to start private medical colleges in the country.

The Minister said he would stick to the government policy to allow non state universities here and explore more educational opportunities.

“At present, we have received four requests to set up private medical colleges. Of them two are from foreign investors,” Dissanayake said adding that they are now considering them for approval.

A team consisting of some professors of the Colombo University and consultant doctors sent a proposal seeking MBBS degree awarding status for a medical school to be set up in Colombo, he said.

Dissanayake said that they have received another proposal from a group of professors from the Peradeniya Medical Faculty and some consultant doctors to start a MBBS degree awarding institute in Peradeniya.

Denying GMOA’s accusations that Malabe PMC did not obtain Sri Lanka Medical Council’s (SLMC) approval to run a medical college, Dissanayake said that only Higher Education Minister has powers to grant a private institution the degree awarding status and SLMC’s duty is registering MBBS graduates passing out from any institute or a university as doctors.

According to him, Higher Education Minister obtained powers to award degree awarding status to any institute by then President J. R. Jayewardene.

“The UNP government’s effort to set up a private medical college in Sri Lanka during the presidency of Jayewardene, however was a failure,” Dissanayake noted.

Prof. Warnapala sent the request to the UGC and the UGC informed Dissanayake to issue the gazette notification after completing 18 rounds of discussions by six committees with six reports during the past two years and 11 months, he said.

The Higher Education Minister said that the government’s aim to make Sri Lanka the education hub of Asia cannot succeed without support of the private universities.

The GMOA threatened a countrywide token strike on Wednesday (07), but it was called off later on the assurance of the Health Minister he had stopped the PMC taking in new students until an investigation into its standards by a ministry appointed committee is completed within two months.

GMOA assistant secretary Dr. Sankalpa Marasinghe told The Island that minister could say anything, but according to world standards the PMC should have a teaching hospital beforehand to start a medical college.

“The Malabe PMC still doesn’t have a hospital for its students to do their clinical practices,” he noted adding that the Higher Education Minister yet granted it degree awarding status.

Undergraduates threatened that they would defeat the minister’s move at any cost as they were able to defeat previous effort to set up private universities here.

Convener of the Inter University Students Federation, Sanjeewa Bandara told The Island they had already launched a protest at university level against Malabe PMC.

Bandara warned that if Minister Dissanayake went ahead with his radical move, they would bring all undergraduates to Colombo to stop him.