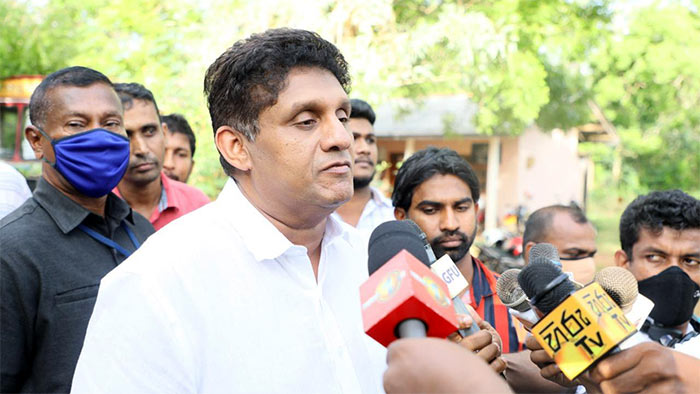 Leader of the Opposition Sajith Premadasa says handing over land in the country to powerful countries will pose a great risk to national security in future.

Speaking during the Opposition Leader’s mobile service rally in Dedigama MP Premadasa said no other government in the country handed over national resources to foreign countries within such a short period of coming into power.

The Opposition Leader said the government is selling resources by claiming the government has no funds adding however that if powerful countries go into war, Sri Lanka will become the battleground.

He added it is a grave situation.

Opposition Leader Sajith Premadasa said whether the public has understood the actions of the present government can be determined at the upcoming Provincial Council Election.

He claimed the COVID-19 vaccination programme has also been politicized adding that other countries follow a priority list.

MP Premadasa said Sri Lanka lacks a priority list adding that Members of Parliament were also asked to obtain the vaccine and some even received the vaccine, while claiming to put the people first.