SF to form a new party 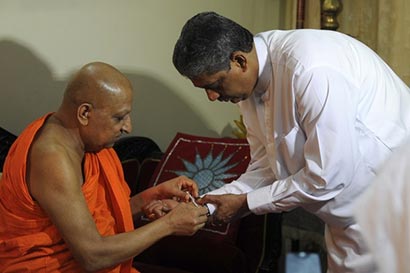 Former Army Commander Sarath Fonseka, who was released on a special presidential pardon on Monday, is to form a new political party named, ‘Democratic Party’ led by him, MP Jayantha Ketagoda said.

“We have already forwarded the application to the Elections Secretariat for registration and awaiting its approval,” said Mr. Ketagoda, who is the Chairman of the party.

He also said MP Arjuna Ranatunga and Anoma Fonseka will be the Co-Deputy Leaders of the Party while Tiran Alles will act as the General Secretary.

Mr. Ketagoda said that other officials would be named once the registration process was completed.

1 Response to SF to form a new party