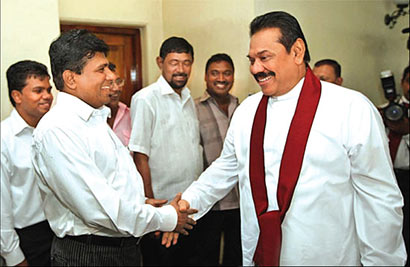 The alleged shooting had taken place outside Rajapakshe’s house at around 12.20 am yesterday.

After visiting the scene, the President instructed the Inspector General of Police to conduct a full scale investigation into the incident and apprehend those responsible.

President’s Counsel MP Wijeyadasa Rajapakshe had complained about the shooting outside his home to the Police. The Police immediately arrived on the scene and launched an investigation into the incident. Following the probe, the Police found three bullet shells outside the residence at Nawala.