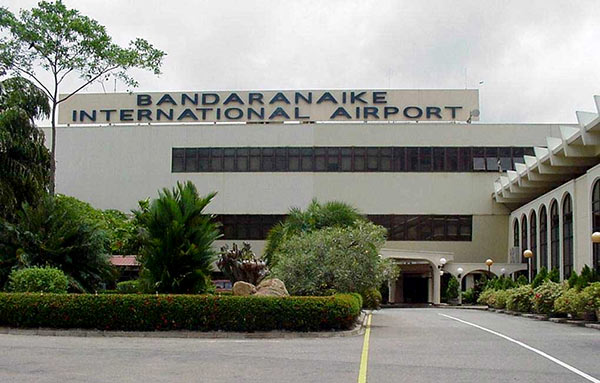 A Japanese construction company that built a subway which later collapsed and was also found guilty of bid-rigging is set to construct the second terminal at the Bandaranaike International Airport (BIA).

This was confirmed last week when Cabinet approval was granted for the construction to commence with Taisei Corporation, a company which was selected by the previous Government for the project.
The long delayed and urgently needed second terminal will have a capacity of 9 million passengers per annum, bringing the total capacity of the BIA to 15 million.

According to Minister of Tourism and Civil Aviation Prasanna Ranatunga, this decision has been taken considering the cancellation fee the Sri Lankan Government will possibly have to pay to the company if they were removed from the project

“Taisei Corporation was finalised by the Technical Evaluation Committee (TEC) appointed by the previous Government during its tenure. At that point, Cabinet had some issues with the contractor so they appointed a sub-committee with three ministry secretaries to look into the issues. They sorted them out and continued with the same contractor,” Minister Ranatunga told The Sunday Morning Business on Friday (21).

He added that the increasing number of passengers at BIA was also a factor in the Ministry not wanting to delay construction any longer by opting for a new company.

When questioned on the scandals Taisei Corporation was involved in, Ranatunga noted the Government will appoint state engineers to overlook the entire project to ensure it is up to international standards.

Investigations by The Sunday Morning Business revealed a scandal Taisei was involved in related to a new bullet line. In March 2018, the Japan Fair Trade Commission (JFTC) filed a criminal accusation with the Public Prosecutor-General against Taisei Corporation and three other construction companies which are collectively called the “Super Four”, due to their massive turnovers.

According to the JFTC, these four construction companies had rigged the bid involving the Tokyo-Osaka Maglev Project, Japan’s next-generation bullet train line. By doing so, these companies were suspected of violating the Act on Prohibition of Private Monopolisation and Maintenance of Fair Trade. Work on the line was being carried out mostly by joint ventures led by the four builders, who were also major contractors for building venues for the Tokyo 2020 Games, including Tokyo’s new national stadium.

Japan’s Olympic organisers said they would suspend Taisei and another company whose executives have been arrested in the alleged bid-rigging. Despite, Taisei pleading not guilty and denying antimonopoly violation, Taisei and the other three companies were barred from bidding for Japanese state projects, for a period of four months in 2018.

In addition to this, Taisei Corporation headed the joint venture for the extension of a subway line in Fukuoka City of Japan, which created a massive sinkhole in November 2016. Taisei Corporation, which measured the rock pressure of the construction, failed to inform the relevant authorities that significant increase in pressure in the subway could lead to a sinkhole. Later, the corporation’s President apologised and promised a quick fix. However, in December the same year, the repaired sinkhole was reported to be sinking again.

Taisei Corporation is also notorious amongst Sri Lankans for seeking compensation of Rs. 4 billion from the Sri Lankan Government as a late fee for the Colombo Outer Circular Expressway. The expressway from Kaduwela to Kadawatha was built by the Taisei Corporation and there was a 190-day delay from the Road Development Authority (RDA) to take over the road from Taisei.

These projects are not the first Taisei projects in Sri Lanka. Taisei is the contractor for the Central Expressway Project – Stage III and the water supply augmentation project for Kandy.

The Sri Lankan Government started negotiations with the Japan International Corporation Agency (JICA), the fund provider of the BIA terminal 2 project, following a deadlock of several years, in which JICA refused to budge from the original quotations submitted by two Japanese contractors, which were 46% and 96% higher than the engineer’s estimate.

Minister Ranatunga managed to bring down the bidding price of Taisei Corporation, one of the bidders of this project prior to getting the Cabinet approval. When inquired as to the renegotiated bid value, the Minister said the exact numbers were not available to him at that moment.

JICA is the concessionary loan provider of the long-delayed new terminal at BIA. JICA is the executing agency for Official Development Assistance (ODA) of the Government of Japan, and is one of the largest contributors for development assistance in Sri Lanka. The loan agreement of Rs. 56 billion was signed almost four years ago on 24 March 2016 between Airport and Aviation Services (Sri Lanka) Ltd. (AASL) and JICA.

The JICA loan came with a number of conditions, most notably that the terminal project must be awarded only to a Japanese contractor. However, Sri Lanka received only two proposals from Japanese bidders which had put forward quotes 46% and 96% higher than the engineer’s estimate, airport sources told us.

The BIA has more than 170 aircraft movements per day, including an average of more than 60 movements of heavy aircraft per day. The existing six million-passenger terminal handled 10 million passengers in 2018, resulting in hours of delays – particularly as passengers were trying to collect their baggage.

According to the annual reports of AASL, the airport experiences heavy congestion in both arrival and departure zones, as well as vehicular traffic, particularly during peak hours, and passenger arrivals grow 5-6% year-on-year.

(Source: The Morning – By Madhusha Thavapalakumar)