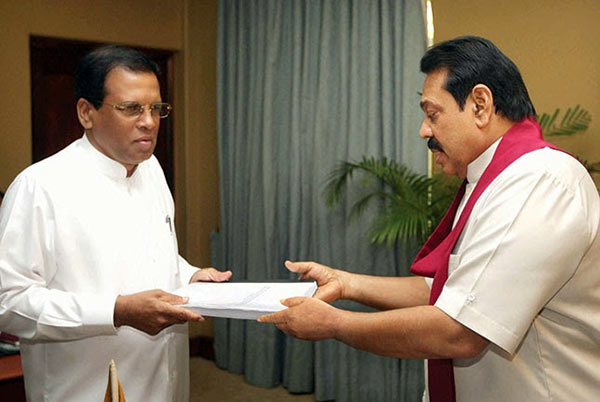 “The two leaders are billed to meet within the next few days to sort out some contentious issues”, he said.

The final report of the committee appointed to examine the draft proposals submitted by the SLPP on the formation of a new alliance had already been presented to President Sirisena, he said.

“Against this backdrop, the two leaders will discuss the way forward based on the outcome of the final report submitted by the committee,” Amaraweera said.

The SLFP Central Committee had already discussed, at length, the salient issues pertaining to the proposed formation of an Alliance and the direction talks in this regard should take, he further said.

It is in that context that the meeting between the President and the Opposition Leader would take place within the next few days to iron out some contentious issues, the UPFA General Secretary noted.

(Source: The Island – By Aruna Bogahawatte)