Six more arrested over May 09 violence in Colombo 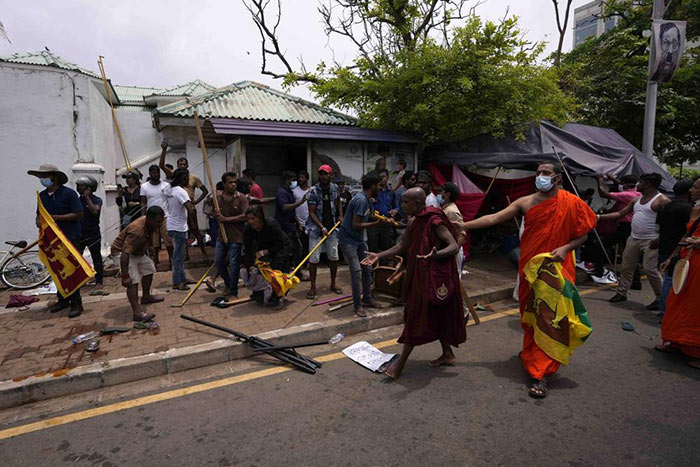 Another six persons have been arrested over the unrest and violence reported opposite Temple Trees (Maina Go Gama) and in Galle Face (Gota Go Gama) on May 09.

Among the latest arrestees are the son of Moratuwa Mayor, three urban council employees, a member of Colombo Municipal Council and a 56-year-old retired female teacher.

The suspects will be produced before the court today (June 01), the police spokesperson said.

The group has been arrested by the Criminal Investigation Department (CID).

Home » Six more arrested over May 09 violence in Colombo