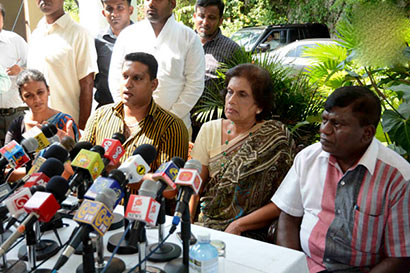 Speaking to reporters, they said that the decision to support the Common Candidate was taken due to the corruption within the government’s development process.

They said that the current government is exceedingly corrupt and that the country should be taken into a future devoid of corruption and dishonesty with Maithripala Sirisena’s policies.

They further said that although development is not wrong, the benefits of it does not reach the people as it only goes to a certain group.