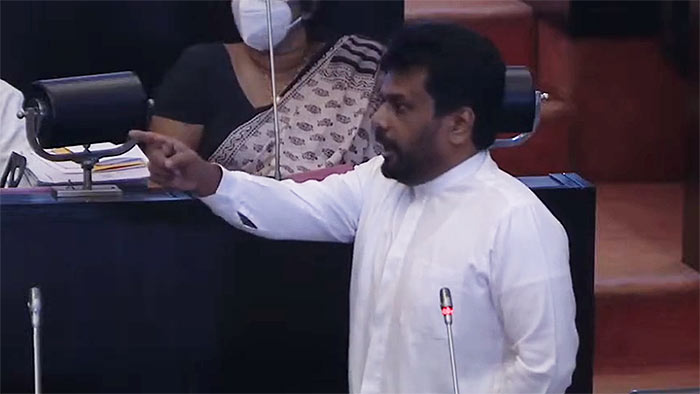 He told Parliament that the tax which was proposed in the interim budget was expected to charge a 2.5% tax on turnover in addition to the 15% VAT.

The MP said the new Social Security Contribution Tax would be charged on turnover during import, export, production, distribution and sale resulting in the increase of 20% VAT in total. He said this is a repetitive tax as it would be applied in various stages of the same item.

Mr. Dissanayake said that those responsible for putting the country into a severe economic crisis live freely and the imposition of new taxes has further burdened the general public.

“No action has been taken against those responsible for putting the agricultural sector into total disarray by prohibiting chemical fertiliser, paying compensation to a Chinese fertiliser shipment and paying huge amounts of money as durmurages to fuel shipments. The general public is continuously burdened instead,” he said.

Mr. Dissanayake said NPP as a party will object to the proposed Tax.