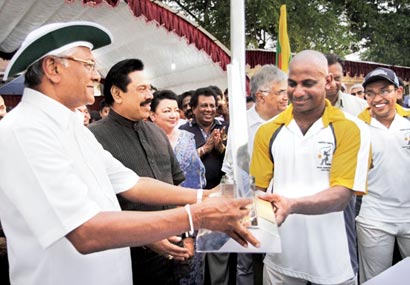 Harsha de Silva struck twice in one over as bowlers of the MPs team restricted the Ministers to 106/7 and succeeded in winning the inaugural Speakers Challenge Trophy at the Sports Ministry Ground in Torrington today (11).

Batsmen of the Ministers team chasing 177 for victory fell short of 70 runs in their 20 overs as the spin bowling of Sanath Jayasuriya and Harsha de Silva and the pace bowling of Namal Rajapakse proved too much for them.

Minister Wimal Weerawansa was the first to go as he was bowled out in the second ball of the second innings, which was played under dark clouds and heavy drizzle.

UNP MP Harsha de Silva, who was awarded the trophy for ‘Best Bowler,’ dismissed both Dullas Alahapperuma and Sports Minister Mahindananda Aluthgamage in the 12th over.

UNP’s Akila Viraj Kariyawasam was adjudged ‘Best Batsman’ while Dullas Alhapperuma went home with the ‘Man of the Match’ trohy.

Captain of the Ministers Team, Susil Premajayantha earlier won the toss and chose to field first. The coin was flipped by the Speaker Chamal Rajapakse who is also the chief guest of the softball cricket match.

The opening duo for the MPs, Ravi Karunanayake and Janaka Wakkumbura did not last long as the UNP National Organizer was dismissed for a duck in the second over while attempting to grab a single.

Wakkumbura was caught in the fourth over after scoring just 9 runs.

Minister Wimal Weerasansa dismissed both the next batsmen, Dayasiri Jayasekara and Namal Rajapakse, in the 7th over as they both unsuccessfully punished full-toss deliveries which were caught by Johnston Fernando.

Thilanga Sumathipala and skipper Sanath Jayasuriya proved difficult for the Ministers as they brought the score past 50 runs.

Sumathipala (16) was however dismissed in the 9th over.

However, a blistering captain’s knock by Sanath Jayasuriya who notched up 42 runs helped the MPs to a total of 176 at loss of 8 wickets at the end of their 20 overs.

The legendary ‘Matara Mauler’ whose 42 runs included five sixers was eventually caught, leg before wicket in the 16th over by Minister Wimal Weerawansa.

UNP parliamentarian Akila Viraj Kariyawasam also made a solid contribution to the team as he scored 28 not out. He smacked two consecutive sixers in the 14th over right after Gayantha Karunathilake dismissal. 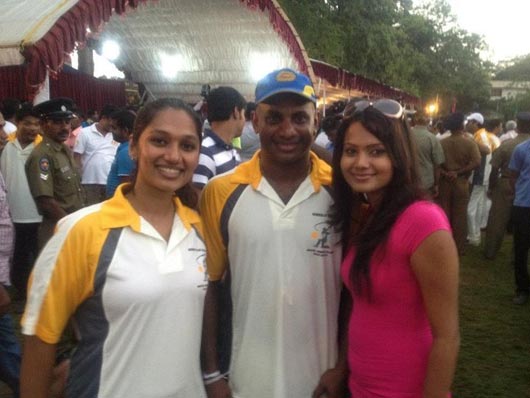 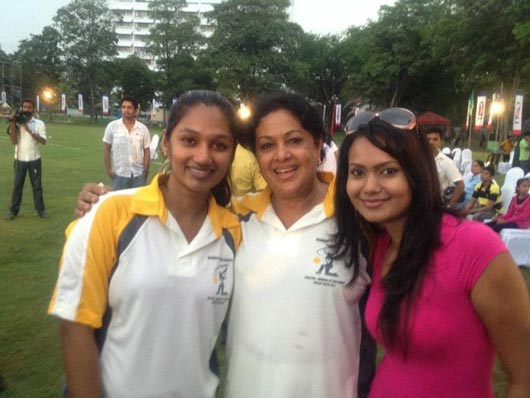