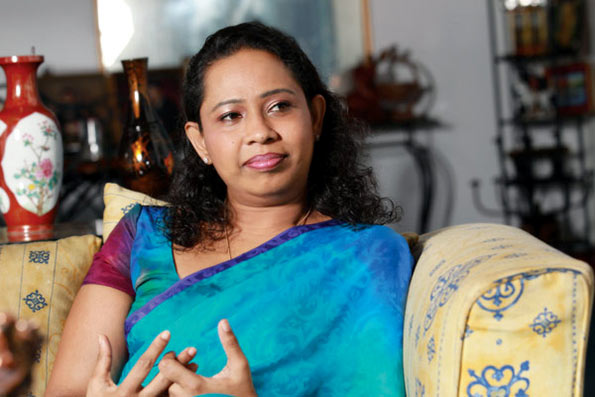 With last week’s appointment of a special committee to probe alleged corrupt practices of the former State Pharmaceuticals Corporation (SPC) Chairman, the procurement of questionable Russian-made oncology drugs at enormous cost during the then Health Minister’s tenure will come under the microscope, health officials said.

The committee appointed by the new Health Minister, Pavithra Wanniarachchi, will investigate the continued procurement of the controversial Trastuzumab cancer drug, which remain largely unproven in terms of quality, clinical efficacy and safety, despite strong protests by the Sri Lanka College of Oncologists (SLCO), the Government Medical Officers’ Association (GMOA) and industry stakeholders.

Many concerned industry players and other civic organizations have already appealed to Minister Wanniarachchi to probe the dealings of former SPC Chairman M. H. M. Rumie and prevent him from leaving the country.

While assuring that necessary measures have been initiated to avert a possible bid by the former senior official to take wing till investigations into malpractices and corruption at the SPC are completed, the Minister wanted the public and industry stakeholders to assist the ongoing investigative process by making representations to the committee.

“Information on possible malpractices and corruption at the SPC during the 2015-2019 period relating to the import and distribution of drugs can be given to the committee, either verbally or in writing”, she noted.

In the recent past, there were many reports on corruption and malpractices in the SPC in connection with importing inferior and substandard drugs to treat cancer patients. The committee has been tasked with conducting a full-scale investigation in this regard, Minister Wanniarachchi emphasized.

Welcoming the probe, pharmaceutical industry players asserted that the country has lost billions of rupees as a result of arbitrarily importing substantial stocks of the questionable Russian oncology drugs at tremendous cost, notwithstanding concerns expressed by senior medical specialists.

Trastuzumab is a monoclonal antibody used to treat breast cancer that is HER2 receptor positive.

In the case of the oncology drug Avegra, in spite of the competitive bids quoted by suppliers, the Russian product Bevacizumab was always favored, industry officials said.

Avegra is used for colon and lung cancer, glioblastoma, and renal-cell carcinoma.

Medical specialists expressed reservations on using the Russian Trastuzumab IV (intravenous), with the SLCO cautioning that “cancer patients cannot be used as guinea pigs”. Some senior medical consultants were taken to task by the Health Ministry at the time for refusing to use the medicine on cancer patients, the officials recalled.

“It is an open secret that seven senior consultants had to face disciplinary issues after they were targeted for rejecting the substandard drug, which didn’t have even the basic WHO GMP certification”, they said.

Oncologists were justified in declining to administer the IV on cancer patients as Trastuzumab, which was introduced to the Russian market in January 2016, was procured by Sri Lanka’s Health Ministry the following month itself.

This move was contrary to medical regulations, which clearly specify that a “drug has to be used in the country of origin for a minimum period of two years before commercialization and export”, industry players noted.

Despite competitive bidding by other prospective suppliers of quality, time-tested oncology products from India and Iran, the tenders were awarded by the SPC to Pharmace Limited for the supply of the controversial Russian drugs, despite the significantly higher prices quoted by the bidder, they asserted.

With political clout, Pharmace was impregnable at the time, health officials recounted, citing the shocking case of how even a tender approved by Cabinet for the supply of 1,875 (440mg) vials of Trastuzumab (Biocon – IN), a top quality, time-tested USFDA, TG-Australia and Canada and EU certified product, was not awarded to Medmart Pharma, the lowest bidder.

Despite a written directive by the then Health Secretary, Mrs. Wasantha Perera, to award the bid in line with the Cabinet decision, the SPC Chairman refused to give in saying “there are matters to be gone into”, industry officials further asserted.

With political patronage, it was such high-handedness at the time that an official heading a government institution was not prepared to respect and implement a proposal adopted by the country’s Cabinet of Ministers, they said.

The Health Ministry’s Director (Investigations), S. D. H. de Silva, says in a Memorandum to the National Procurement Commission that “there are several complaints of awarding bids for Trastuzumab to the same company. This is a highly corrupt practice. The Secretary to the line Ministry should be instructed to take stern action for the violations of the Procurement Guidelines. The Auditor General should also be informed”.

“It was indicated in a previous anonymous complaint that Pharmace Limited (to which most bids are awarded) has a close relationship with the Chairman of the SPC”, he added.

Suppliers across the board were badly hit as being the lowest bidder was no assurance that everything was hunky-dory because the ‘favorite’ always had its way at the time, industry officials claimed.