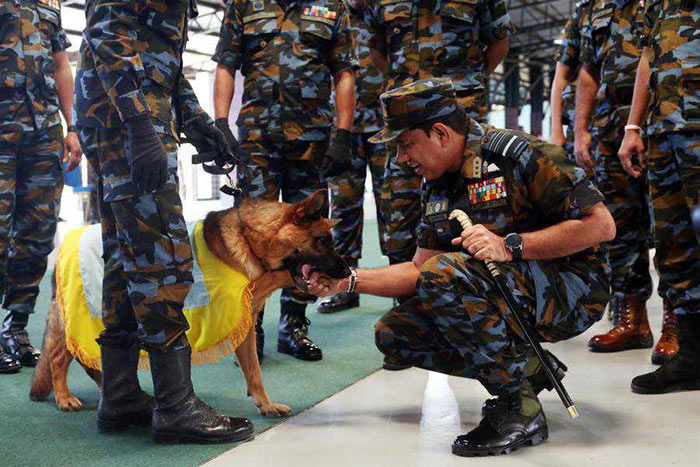 The passing-out ceremony of a group of 20 Air Force dogs was held yesterday (13) at the Sri Lanka Air Force Base in Katunayake, under SLAF Commander, Air Marshal Sudarshana Pathirana.

The group of 20 hybrid dogs imported from the Netherlands, includes five Belgian Malinois, five Labrador Retrievers, five German Shepherds and five English Springer Spaniels. These dogs are specially trained as sniffer dogs in detecting drugs and explosives and would be deployed at the BIA and MRIA in Mattala.

Speaking to the media upon completion of the parade, the Air Force Commander said, “The Air Force had inaugurated the Air Force Kennel Unit in 1972 and have deployed Air Force dogs for national security operations over a period of 50 years.

Today’s passing out parade of these sniffer dogs is another step in this process.”We imported 20 special dogs from the Netherlands and they have been trained to sniff out narcotics and explosives. These dogs are a genetically hybrid and as such they can be used for military purposes successfully. They possess a very high sense of smell and are ideal for detecting narcotics and explosives. This was the reason these dogs were imported. These dogs would be deployed at BIA and Mattala Airports and would also be used to inspect aircraft to ensure no explosives or narcotics are on-board.”

Responding to a question on whether the Air Force has plans to use these dogs for breeding the next batch instead of importing them, the Commander told the Daily News, “We are already doing that and in future we plan to breed a good batch of hybrid dogs of our own to be utilised for this purpose.” 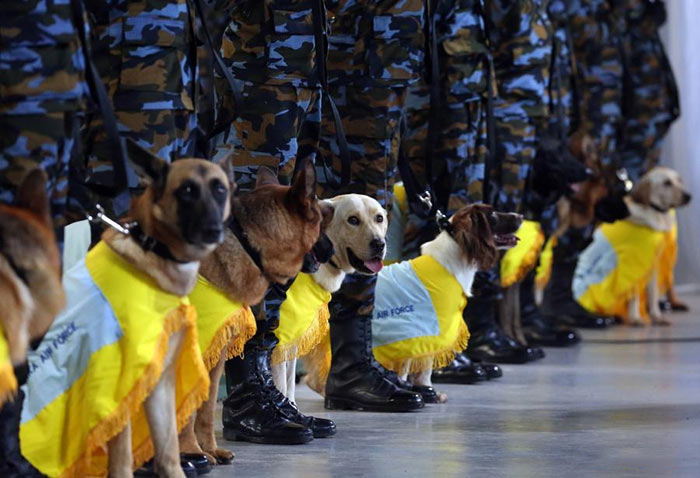 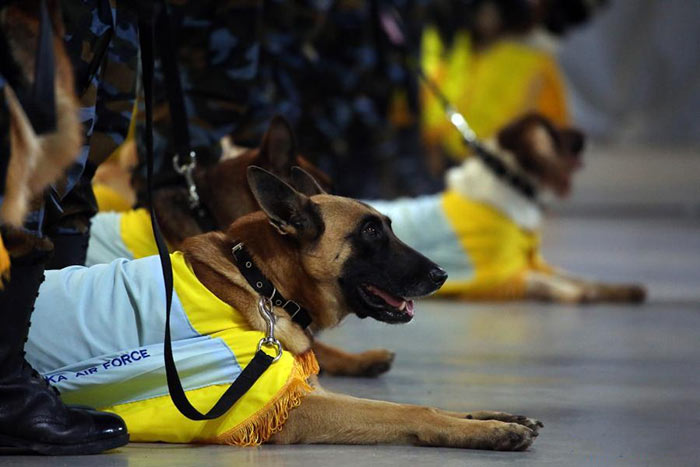 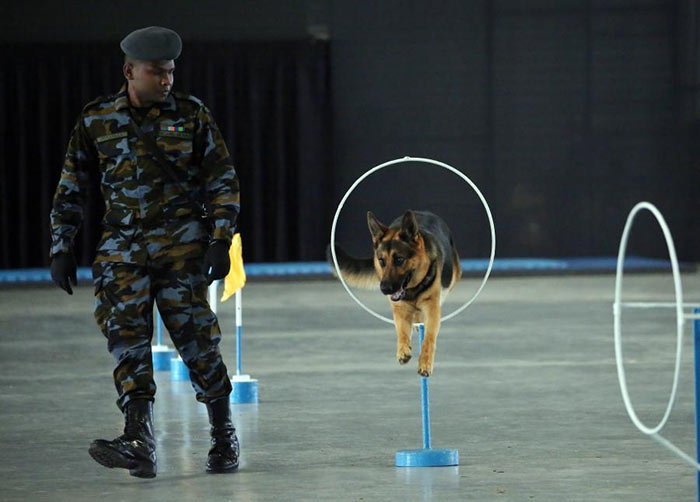 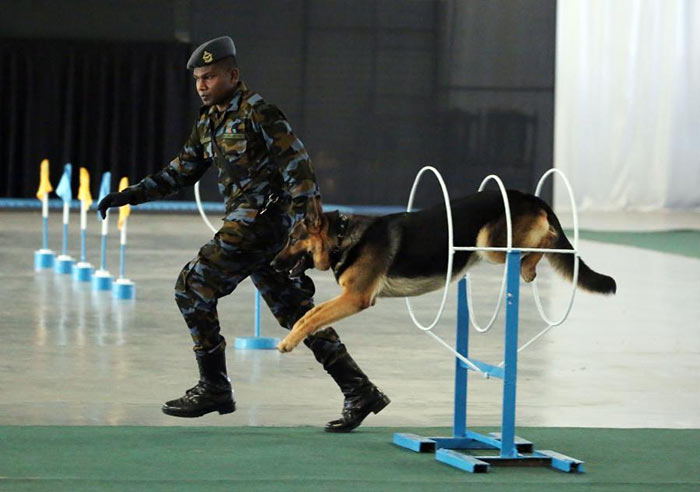 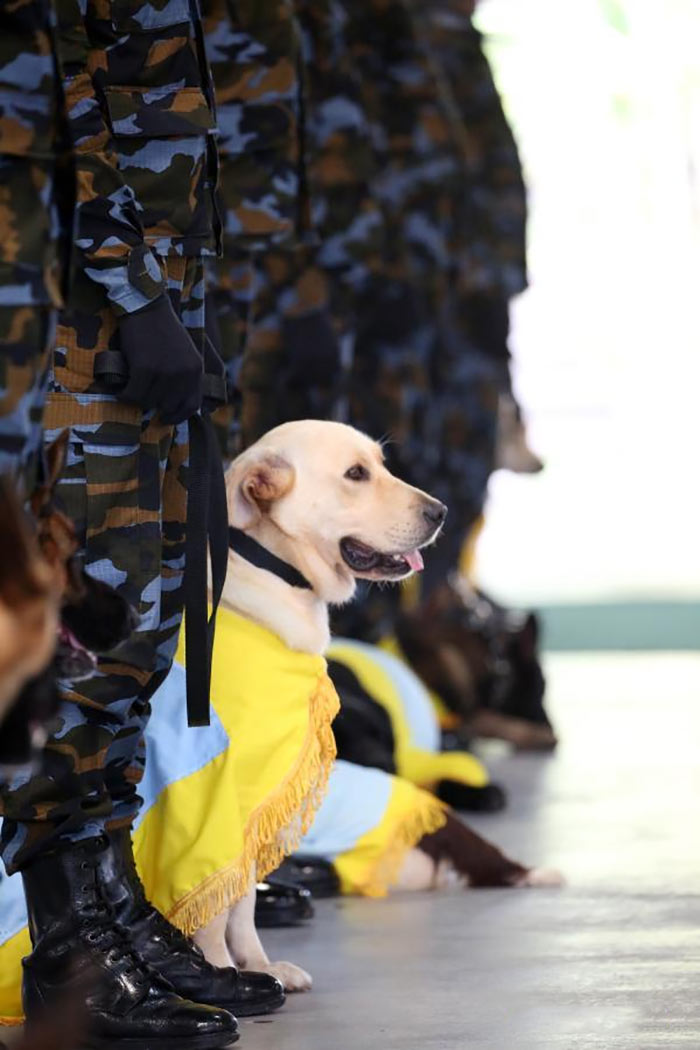 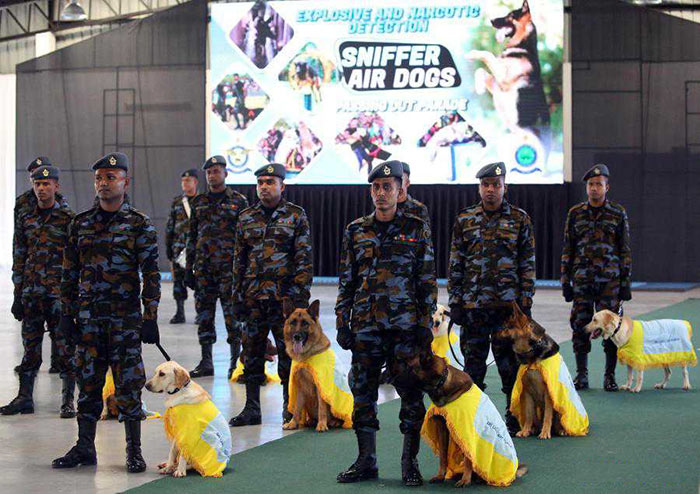